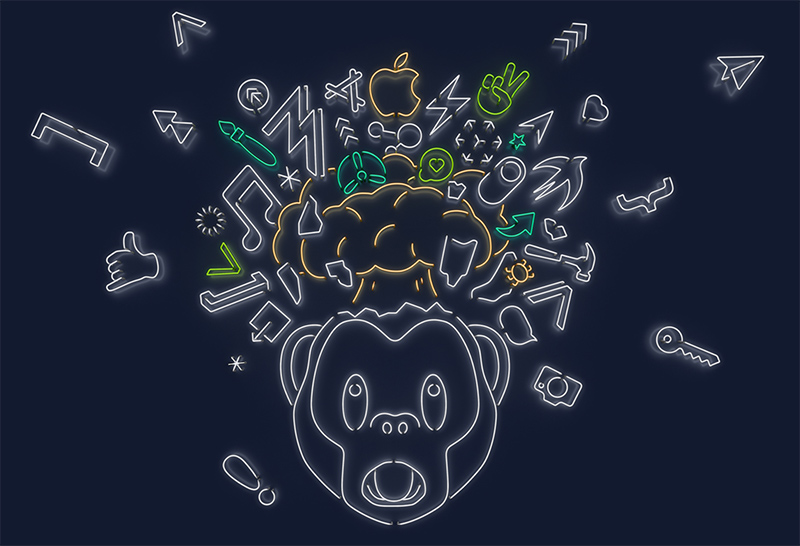 Every year, Apple holds a Worldwide Developers Conference near its Cupertino campus in California to give thousands of developers from around the world a chance to meet up with Apple engineers and attend valuable workshops and software development sessions.

For many years, WWDC was hosted at the Moscone Center in San Francisco, but starting in 2017, Apple moved to the McEnery Convention Center in San Jose, California, where this year's conference was also held. WWDC 2019 took place from Monday, June 3 to Friday, June 7.

Apple kicks off each conference with a keynote on the first day, where the company makes major announcements and sets the stage for the rest of the week. Media invites for the June 3 keynote event went out on May 22.

Keynote events typically offer a look at upcoming products and provide the first details on new operating systems, though in some years there are no hardware announcements and the focus of the event is software.

In 2019, we saw updated versions of iOS (including a new iPadOS specifically for the iPad), macOS, watchOS, and tvOS, all of which will gain new features and capabilities. We also got a preview of the new Mac Pro and Apple Pro Display XDR, both launching in the fall. Read on for our event preview published prior to WWDC.

Everything Apple Announced at WWDC 2019

The 2019 Worldwide Developers Conference was easily one of the most exciting events of the year, with Apple introducing feature after feature over the course of a two and a half hour event. For those who don't want to rewatch the entire keynote, we condensed everything Apple announced into 9 minutes, so you can get a quick recap of everything important.

Apple debuted new versions of iOS, iPadOS (now separate from iOS!), macOS, tvOS, and watchOS, all of which have a long list of new features, plus Apple gave us a peek at the new Mac Pro and 6K Apple Display. In addition to our video, there's a recap of all of our coverage below, giving you a complete overlook of everything new.

Due to overwhelming demand and the sheer number of App Store developers, Apple offers tickets to WWDC via a lottery system. Prospective attendees enter a lottery and can only attend WWDC if they are awarded a ticket. For the past several years, tickets to WWDC have been priced at $1,599 each, and 2019 is no exception.

To enter the ticket lottery, developers were required to submit an entry on Apple's developer website. Registration for tickets closed on March 20, 2019, at 5:00 p.m. Pacific Time, and developers who won a ticket were notified on March 21.

Apple also provided 350 WWDC scholarships with free tickets and accommodations to students and STEM organizations around the world. Applicants needed to create an interactive Swift Playground able to be experienced within three minutes. Apple took applications until Sunday, March 24, 2019, at 5:00 p.m. Pacific Time, with scholarship winners notified on Monday, April 15.

At WWDC 2018, Apple made the following software and hardware announcements:

At WWDC 2017, Apple made the following software and hardware announcements:

At WWDC 2016, Apple made the following announcements:

At WWDC 2015, Apple unveiled the following services and software:

At WWDC 2014, Apple unveiled the following services and software: