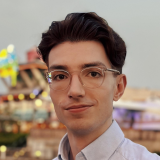 Friday January 15, 2021 8:36 am PST by Hartley Charlton
The long-rumored Apple Car could use a "C1" chip based on the A12 Bionic processor and boast in-cabin AI capabilities such as eye-tracking, according to a highly-speculative report by analyst Colin Barnden for EETimes. The report outlines the methodology and licensed technologies believed to be behind an Apple automotive-grade processor, which it tentatively calls the "C1" chip. Since...
Read Full Article • 39 comments 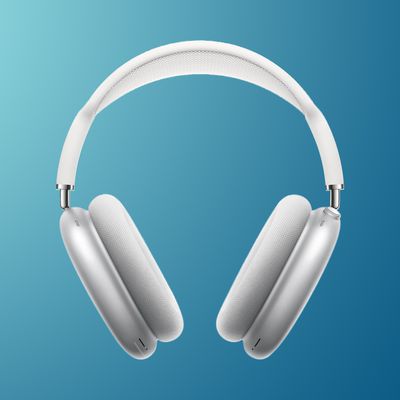 Friday January 15, 2021 6:17 am PST by Hartley Charlton
Incoming Intel CEO Pat Gelsinger has said that the company must "deliver better products" than Apple, which he described as a "lifestyle company," and says that Intel's best days are "in front of it" (via The Oregonian). Speaking at an Intel all-hands meeting yesterday, Gelsinger derisively implied that Apple is merely a "lifestyle company," so Intel must be able to surpass its technology: ...
Read Full Article • 244 comments

Friday January 15, 2021 3:45 am PST by Hartley Charlton
While the design of the iPhone 13 is largely expected to be the same as the iPhone 12 lineup, one key part of the design could be changed. The notch on Apple's 2021 iPhones, which houses the front-facing TrueDepth camera system, may be noticeably smaller. According to a report from Japanese site Mac Otakara, citing sources within the Chinese supply chain, the ‌iPhone 13‌'s TrueDepth camera...
Read Full Article

Thursday January 14, 2021 6:21 am PST by Hartley Charlton
iOS does not utilize built-in encryption measures as much as it could do, allowing for potentially unnecessary security vulnerabilities, according to cryptographers at Johns Hopkins University (via Wired). Using publicly available documentation from Apple and Google, law enforcement reports about bypassing mobile security features, and their own analysis, the cryptographers assessed the...
Read Full Article • 68 comments

Thursday January 14, 2021 2:51 am PST by Hartley Charlton
All iPhone 12 and iPhone 12 Pro models purportedly have a hidden reverse wireless charging feature, according to an FCC filing. The feature has not yet been activated, but could yet be unlocked for an upcoming Apple accessory. The FCC filing suggests that ‌iPhone 12‌ models contain the hardware for Wireless Power Transfer (WPT) to accessories: In addition to being able to be charged by a...
Read Full Article

Wednesday January 13, 2021 11:36 am PST by Hartley Charlton
Apple's newly launched fitness service, Apple Fitness+, is positioned to rival Peloton, which has come to dominate the digital fitness space. Apple Fitness+ and Peloton offer polished workout routines delivered by enthusiastic instructors and accompanied by motivating music playlists. As the two subscription services share a number of workouts and require little to no equipment, it may not ...
Read Full Article

Wednesday January 13, 2021 8:19 am PST by Hartley Charlton
Qualcomm has reached an agreement to acquire Nuvia, a chip startup company founded by former Apple chip designers, for $1.4 billion, in an effort to compete with Apple and Intel (via Reuters). Nuvia was founded by three former Apple chip designers that worked on the A-series chips for the iPhone. Among Nuvia's key projects is a custom CPU core design set to be used in servers, but Qualcomm ...
Read Full Article • 45 comments

Intel CEO Bob Swan to Step Down in February

Wednesday January 13, 2021 6:40 am PST by Hartley Charlton
Intel CEO Bob Swan is to step down as of February 15, according to CNBC. CEO of VMWare, Pat Gelsinger, is expected to take over the position. During Swan's tenure, Intel has faced a range of considerable setbacks. In the summer of 2020, Apple announced that it was severing its partnership with Intel to favor its own custom silicon instead. Microsoft, another major Intel client, is...
Read Full Article • 156 comments

Wednesday January 13, 2021 6:17 am PST by Hartley Charlton
Navigo cards for travelling on the Paris metro and bus network are now supported on iPhone, with the ability to "recharge" passes using Apple Pay (via iGeneration). Last week, it was rumored that Apple had reached an agreement for Navigo cards to work with NFC on ‌iPhone‌, and now the feature has arrived with the latest update to the Navigo app from Paris's transport authority, Ile-de-France ...
Read Full Article • 19 comments

Apple Researching iPhone Cases That Can Charge AirPods and Other Accessories

Tuesday January 12, 2021 8:24 am PST by Hartley Charlton
Apple is researching a number of unique iPhone cases that can charge AirPods, as well as other accessories, according to newly-granted patent filings. The patent, spotted by AppleInsider, titled "Cases and folios for carrying and charging accessories" and was granted by the United States Patent and Trademark Office. While the patent predominantly "relates to a case for retaining a portable ...
Read Full Article • 34 comments

Monday January 11, 2021 8:40 am PST by Hartley Charlton
Apple shipped 22.6 million PCs in 2020, an increase of 16 percent over 2019's 19.4 million, but the company remains well behind rivals, according to a new report by Canalys. The report, which excludes tablet computers, shows that worldwide PC market growth accelerated significantly in the final quarter of 2020. Shipments of desktops, notebooks, and workstations increased by 25 percent...
Read Full Article • 51 comments

Roku Acquires Rights to Quibi Content for Less Than $100 Million

Friday January 8, 2021 7:56 am PST by Hartley Charlton
Roku has reached an agreement to acquire the rights to content from the now-defunct video streaming service Quibi (via The Wall Street Journal). Roku reportedly paid less than $100 million to acquire the rights to Quibi's library of original content until 2022. Quibi was a short-form video subscription service launched in April of last year. Executives believed that the service would be ...
Read Full Article • 57 comments

Friday January 8, 2021 6:16 am PST by Hartley Charlton
A range of new Apple services could include "Podcasts+," "Stocks+," and "Mail+," according to a new report by Loup Ventures analysts. Apple's subscription service products are increasingly important to its business model and is now almost the size of a Fortune 50 company by revenue, growing by 16 percent in 2020 to $53.7 billion. Loup Ventures highlights that Spotify accumulated 144...
Read Full Article • 137 comments