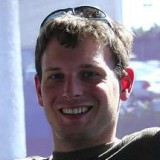 Eric is Editor in Chief of MacRumors, swimmer, and former biophysicist. Enjoys reading and chasing after two rambunctious boys when he's not playing with the latest gadgets. 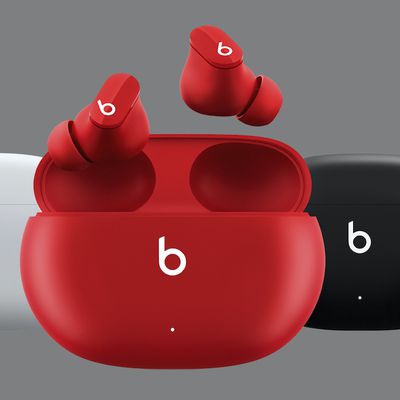 Monday June 14, 2021 8:00 am PDT by Eric Slivka
We've seen a lot of teasers about the Beats Studio Buds over the past month since they first showed up in Apple's beta software updates, and today they're finally official. The Beats Studio Buds are available to order today in red, white, and black ahead of a June 24 ship date, and they're priced at $149.99. The Studio Buds are the first Beats-branded earbuds to truly compete with AirPods...
Read Full Article • 188 comments 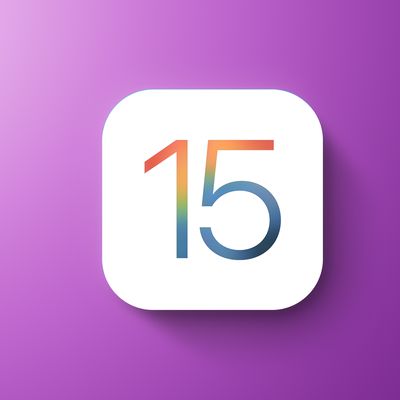 When Will the iOS 15 Public Beta Be Released?

Thursday June 10, 2021 8:36 am PDT by Eric Slivka
Announced in June at Apple's Worldwide Developers Conference, iOS 15 and iPadOS 15 are Apple's next-generation operating systems for iPhone and iPad. ‌iOS 15‌ and ‌iPadOS 15‌ include a number of new features and changes such as updates to FaceTime, improvements to notifications, built-in two-factor authentication support, and lots more. Subscribe to the MacRumors YouTube channel for more ...
Read Full Article

Monday June 7, 2021 7:19 pm PDT by Eric Slivka
Following Apple's announcement during the WWDC keynote that Spatial Audio and Lossless Audio for Apple Music would be rolling out today, the feature now appears to be going live for some users. For many users, restarting their device appears to trigger activation of the feature, but others have reported that a restart hasn't helped, so users may just need to be patient until it becomes...
Read Full Article • 651 comments

Monday June 7, 2021 6:25 am PDT by Eric Slivka
Apple is holding its second all-virtual WWDC keynote today, with the event kicking off at 10:00 am Pacific Time and likely once again consisting of a pre-recorded stream from Apple Park. Still, some MacRumors readers who can't follow the event as it's being broadcast are interested in avoiding all of the announcements and waiting until the event has ended and is available for on-demand viewing so ...
Read Full Article • 12 comments

Tuesday May 25, 2021 7:00 am PDT by Eric Slivka
Flexibits is well-known for its popular calendar app Fantastical available across Apple's platforms, but it also offers a contacts management app, Cardhop, that goes above and beyond what Apple's stock Contacts app offers. Coinciding with its 10th anniversary, Flexibits this week is introducing Cardhop 2.0 for Mac, iPhone, and iPad, with an all-new design. It also brings a number of new...
Read Full Article • 40 comments

Monday May 24, 2021 9:07 am PDT by Eric Slivka
Apple today officially announced the lineup for its Worldwide Developers Conference in June, which will kick off with the traditional keynote at 10:00 a.m. Pacific Time on Monday, June 7. The keynote will be streamed directly from Apple Park. Developers and Apple users will be able to watch on Apple.com, the Apple Developer app, the Apple Developer website, the Apple TV app, and YouTube. The ...
Read Full Article • 89 comments

Monday May 24, 2021 9:00 am PDT by Eric Slivka
Anker today is introducing a new set of gallium nitride (GaN) USB-C chargers that offer fast charging speeds for mobile devices in a design that's smaller than ever. The new Nano II line is available in 30W, 45W, and 65W versions, and Anker says it has improved the chips and internal layout of its chargers to deliver greater efficiency while generating less heat. The 30-watt charger measures ...
Read Full Article • 53 comments

Monday May 17, 2021 8:18 pm PDT by Eric Slivka
Update: The early unboxing video was taken down, but other unboxing and first impression videos are now available. The new 24-inch iMac doesn't officially launch until this Friday, May 21, but an early unboxing of the machine has been shared on YouTube. The ‌iMac‌ unboxing video was made private subsequent to this story. The video from Gadget Guy is in Cantonese, but it offers an up-close...
Read Full Article • 188 comments

Sunday May 16, 2021 2:39 pm PDT by Eric Slivka
The Browse tab in the Music app across Apple's platforms has started displaying a prominent teaser hinting at an upcoming major announcement for Apple Music. Under the heading "Coming soon," the headline says "Get ready – music is about to change forever." An accompanying "Tune-In Video" simply shows an animated ‌Apple Music‌ logo. Rumors have indicated that Apple is preparing to launch a...
Read Full Article • 149 comments

Monday May 3, 2021 10:04 am PDT by Eric Slivka
Apple today released iOS and iPadOS 14.5.1, minor security updates that come just a week after the release of the iOS 14.5 update. There is also a companion watchOS 7.4.1 update for Apple Watch and an iOS 12.5.3 update for older iPhone and iPad devices that don't support Apple's latest operating system versions. According to Apple's release notes, the update fixes a bug with App Tracking...
Read Full Article • 113 comments

Tuesday April 20, 2021 6:49 am PDT by Eric Slivka
Apple is holding its first virtual media event of 2021 today, with the event kicking off at 10:00 am Pacific Time and likely consisting of a pre-recorded stream from Apple Park. Still, some MacRumors readers who can't follow the event as it's being broadcast are interested in avoiding all of the announcements and waiting until the event has ended and is available for on-demand viewing so as to...
Read Full Article • 19 comments

Monday April 19, 2021 8:34 pm PDT by Eric Slivka
Back in January, we saw a few promotional images for third-party AirTags accessories from both Nomad and Spigen's Cyrill brand, and while Apple's item trackers have yet to launch, we're now seeing more signs of similar accessories starting to show up in the wild. An increasing number of sellers on eBay, Walmart, Etsy, and other online marketplaces are now offering ‌AirTags‌ holders for sale as...
Read Full Article • 91 comments
Newer Posts
Archives
Older Posts