Apple's senior VP of software, Craig Federighi, took to the stage at WWDC today to give a preview of iOS 11, showing off new features like a smarter Photo Library and a redesigned Control Center. 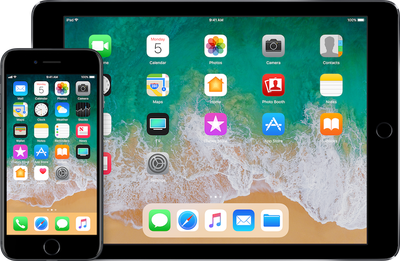 Messages is set to receive a redesigned app drawer that makes it easier to use apps and stickers, while a more optimized device storage system will make Messages backups smaller and faster, with messages stored and synced across devices over iCloud. Beginning iOS 11, for the first time, Apple Pay is also integrated into the Messages app.

Siri is will become more naturally spoken, with a new voice powered by deep learning techniques. Also set to feature is a beta translation feature that will allow users to get live translations between English, Chinese, French, German, Italian, and Spanish. More languages are promised by Apple in the months to come.

Lastly for Siri, a new on-device learning system will enable the virtual assistant to understand what a user is likely to want depending on circumstances and time of day. User data will be synced across all devices on a user's account with end-to-end encryption.

Control Center will be substantially redesigned to appear on a single screen and fill the bottom half of an iPhone's display, implementing 3D Touch for sub-options within buttons, and sliders to adjust volume and brightness. The Lock Screen and Notification Center will be unified on a single screen, with a swipe up or down from the Lock Screen offering immediate access to notifications.

Apple Maps will include detailed shopping floor plans for shopping malls in Boston, Chicago, Hong Kong, and London, with several other major cities also covered and additional ones to come. Major airports will also be included in the floor plans, while lane guidance and posted speed limits will be displayed during navigation.

Apple is introducing an optional Do Not Disturb While Driving feature in iOS 11 to prevent distracted driving. HomeKit will also support a new AirPlay 2 protocol for supporting speakers, with a Shared Up Next feature for the protocol where multiple connected users can edit a party playlist. A new MusicKit API will let third-party developers get full access to Apple Music in iOS 11.

iOS 11 will also bring several new features specifically to the iPad for its larger screen, including Drag-and-Drop, a new customizable Dock, a redesigned app switcher, and more.

viachicago22
Now we know why there hasn't been any leaks...there was nothing to leak. This is nothing but "bug fixes and minor improvements".
Score: 18 Votes (Like | Disagree)

rotobadger
Gonna have to say I agree with the other posters here. Major disappointment. To me, this feels like a 10.x.x update. Tweaks, a few "features" and nothing more. Apple clearly hasn't heard the footsteps (Pixel, Galaxy, LG). It may be too late now.
Score: 7 Votes (Like | Disagree)
Read All Comments