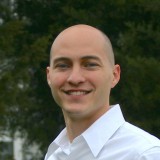 Steve Moser is a contributing writer at MacRumors and an iOS developer. 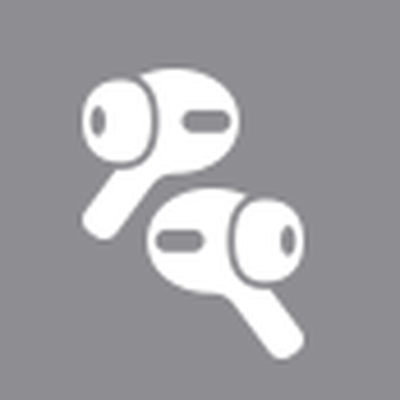 Wednesday October 2, 2019 12:32 pm PDT by Steve Moser
Apple has been rumored to be working on a third generation of AirPods with active noise control (ANC), also known as noise cancellation, or active noise reduction (ANR). Noted analyst Ming-Chi Kuo has suggested the updated ‌AirPods‌ could launch late this year or early next year with an "all-new design." Today's iOS 13.2 beta release includes an icon showing redesigned ‌AirPods‌ that appear to have rubber ear tips that would likely be needed as part of a noise cancelation feature. The file name includes reference to a B298 code name, and the image is contained in the Accessibility Settings folder. This could suggest these new ‌AirPods‌ will contain a new accessibility feature such as being able to use them as hearing aids, or it could be related to existing Live Listen capabilities. There's no specific word on when the new ‌AirPods‌ could debut, but Apple has a number of rumored pending announcements that could point toward an October media event. Update 11:55 AM: As noted by a MacRumors reader, a claimed photo leak last month from 52 Audio bears a strong resemblance to the image found in iOS 13.2, suggesting the leak may be accurate.
Read Full Article • 148 comments 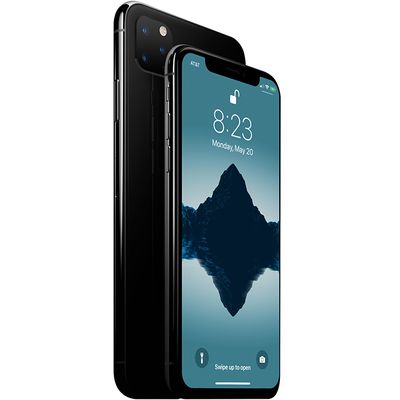 Monday September 9, 2019 8:50 am PDT by Steve Moser
Apple is planning to add a new coprocessor, codenamed both "Rose" and "R1," to the A13 series chips in its upcoming iPhones set to debut on Tuesday. It is not clear if Apple will use the internal Rose and R1 codenames for marketing purposes or if it will match the A-series chip numbering scheme and release the first Rose coprocessor as R13. Based on evidence from an internal build of iOS 13, the first iteration of the Rose coprocessor, the R1 (t2006), is similar to Apple's M-series motion coprocessor in that it helps inform iOS about where the iPhone is located in space and where it is headed by offloading the processing of that sensor data from the main system processor. Where the R1 differs is that it integrates many more sensors than the motion coprocessor in order to produce a much more accurate picture of where the device is. The motion coprocessor currently integrates data from the compass, gyroscope, accelerometer, barometer, and microphones. The Rose coprocessor will add support for an inertial measurement unit (IMU), Bluetooth 5.1 features, ultra-wideband (UWB) and camera (including motion capture and optical tracking) sensor data to not only tell where the device is but also fuse this sensor data together to find lost Apple Tags and aid in the processing of People Occlusion from ARKit. Given the overlap in sensor data collection and processing the Rose coprocessor may replace the M-series motion coprocessor. The Angle of Arrival (AoA) and Angle of Departure (AoD) features of Bluetooth 5.1 enable Bluetooth direction-finding, and combining these with
Read Full Article • 143 comments

Wednesday August 28, 2019 2:16 pm PDT by Steve Moser
At WWDC 2019, Apple announced Offline Finding, codenamed Blue Avengers, as one of the new features of iOS 13 and macOS Catalina. It allows users to find their devices even when their lost devices are not connected to the internet. A background process called Search Party intermittently broadcasts and receives Bluetooth beacon signals so that every nearby online device running ‌iOS 13‌ or ‌macOS Catalina‌ can relay the location of lost offline devices to their owners. Offline Finding even works if the device is asleep, in which case the device enters a "dark wake" state to broadcast a Bluetooth beacon signal. Apple uses public key encryption and rotates the public key to keep everyone's location information secure and private. Beyond the ability to find devices themselves, Apple is rumored to be planning to compete with Tile and announce a small Bluetooth beacon device that uses the same Offline Finding technology as ‌iOS 13‌ and Catalina devices. This small beacon device could be attached to personal items such as keys, purses or wallets so that the owner could find them even when out of range of the items. An ARKit "star" image discovered in the Find My app bundle hints at the possibility of using augmented reality to find lost devices or items, similar to Pixie Tracker. Also according to code strings found in ‌iOS 13‌, Apple may apparently allow these beacon devices to be "leashed" to an iOS or watchOS device so that the user would be notified when a beacon device is out of range of an iOS or watchOS device. Tile offers similar functionality, which it calls smart
Read Full Article • 156 comments

Tuesday August 20, 2019 2:52 pm PDT by Steve Moser
Amid word that Apple TV+ could launch in November priced at $9.99/month, MacRumors has discovered additional tidbits within recent betas of macOS Catalina that offer further insight into how the service will work. According to code strings found in ‌macOS Catalina‌, Apple will apparently allow videos to be downloaded for offline viewing, but with limitations on the total number of downloads, downloads per show or movie, or the total number of times a show or movie can be downloaded. For example, if a user tries to download the same video on multiple devices, the ‌Apple TV‌ app will inform them that "To download this episode of 'The Morning Show', delete it from another device and try again," for example. If the user reaches the total download limit they will see a message that says "You have reached your limit of [preset number of] downloads." If the user downloads the same video too many times they will see a message like "Download Limit reached for 'The Morning Show' Season 1 Episode 1." It appears that simultaneous streams will also be limited on ‌Apple TV‌+ as with most streaming services, including Apple Music. If a user tries streaming on more than the allowed number of devices, they will be informed something along the lines of "To stream this movie, stop watching 'The Elephant Queen' on another device." The different limits on downloading and streaming content could be based on the type of ‌Apple TV‌+ subscription, family sharing configuration, or registered devices. Apple is reportedly spending up to $6 billion on original content for ‌Apple TV‌+, which
Read Full Article • 96 comments
Archives
Newer Posts
Older Posts