Apple today revealed the next version of macOS, which is called macOS Catalina. The company started off by announcing that the "future of iTunes" will be divided into three apps: Apple Music, Apple Podcasts and Apple TV. This means that the traditional iTunes app will be going away in macOS Catalina. 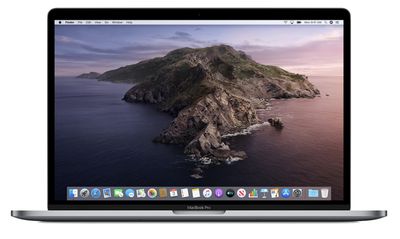 Essentially, Apple is replacing iTunes with these media apps. According to the company, the apps will "greatly simplify and improve" the way that users discover media on the Mac.

To start, ‌Apple Music‌ will sync with your ‌Apple Music‌ account and provide full access to music streaming, playlists, music videos, Beats1 radio stations, downloaded songs, and more. The iTunes Music store will remain alive, located in the ‌Apple Music‌ app, for those users who still prefer to own their music.

The ‌Apple TV‌ app will be essentially the same as it is on tvOS and iOS, allowing you to sync your Up Next list across devices and easily jump directly into your favorite shows. Similarly, ‌Apple Podcasts‌ will offer more than 700,000 shows in its library and sync your content across devices.

Certain features previously seen in iTunes will be migrated elsewhere on macOS, like iPhone syncing and device storage management now located in Finder.

Apple also announced Sidecar, a way to use the iPad as an extended display for Mac. This gives artists the chance to use an Apple Pencil and draw on their ‌iPad‌, and quickly jump into an editing program on their Mac for the same artwork.

macOS Catalina is also gaining an accessibility feature called Voice Control, which lets users control their Mac entirely with their voice. This is aimed at anyone who can't operate traditional input devices, and uses Siri speech recognition technology.


Other updates include improved security, Screen Time on macOS, and enhancements to apps like Photos, Safari, Mail, Notes, and Reminders. macOS Catalina is available to Apple Developer Program members from today, and a public beta program will launch later in June. A full public launch will follow in the fall.
Tag: WWDC 2019
Related Forums: Apple, Inc and Tech Industry, macOS Catalina
[ 99 comments ]

Antares
Can someone confirm that our current iTunes libraries will port over? i.e. playlists and folder structures. I have thousands of them built up over 18 years. It would be nearly impossible to recreate. I have playlists in folders and subfolders. I would be seriously screwed if the answer is, 'no."
Score: 11 Votes (Like | Disagree)

rumormiller
See if your Mac can run macOS Catalina.
MacBook
2015 and later

stiligFox
Putting the syncing functionality into Finder makes way more sense than I’m willing to admit... so long as I can still sync my iPod Classics I’ll be happy, and I don’t see why they wouldn’t have kept that!

That and ripping CDs is essential too.
Score: 9 Votes (Like | Disagree)

What year computers are able to support it?

Waiting to see if my hardware is thrown under the bus.

BMcCoy
Will iTunes on PC be getting sliced up too?
Score: 5 Votes (Like | Disagree)
Read All Comments