Apple today revealed watchOS 8, the next major version of its watchOS operating system, with brand new features, including enhancements to health tracking including a new Mindfulness app and improvements to the way users interact with their Apple Watch. 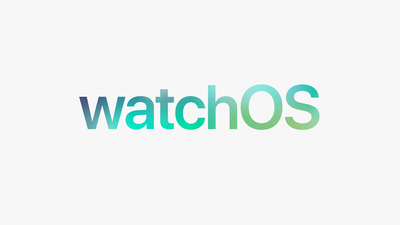 Referring to the Apple Watch face, ‌watchOS 8‌ now supports using portrait mode photos in the watch face, using data from the image to layer the date and time behind a subject in the photo. ‌watchOS 8‌ also gains support for Find Items, a new standalone app on the Apple Watch that will allow users to locate and find item part of the Find My network.

Introduced in iOS 15, Focus, which provides users with a powerful set of tools to reduce distractions during work, downtime, and more will also be coming to the Apple Watch.

‌watchOS 8‌ supports Focus, a powerful set of tools available in ‌iOS 15‌ to help users reduce distraction and be in the moment. Apple Watch will automatically align with any Focus set on iOS, so that notifications from people and apps are filtered based on what a user is currently doing. Focus uses on-device intelligence to make suggestions based on usage patterns — for example, when starting a workout on Apple Watch, the Focus for fitness is suggested

markgpearse
I still don’t understand why deleting texts on my iPhone or my iPad or my MacBook don’t cause those same texts to be deleted from my Apple Watch. Why is this so difficult?
Score: 19 Votes (Like | Disagree)

Apple_Robert
Not much of a WatchOS update.
Score: 15 Votes (Like | Disagree)

SegNerd
So far the new watchOS does look like a fairly modest update, but let’s not forget that most new AppleWatch features are generally hardware-based, so the “big news” might have to wait for S7.
Score: 5 Votes (Like | Disagree)
Read All Comments