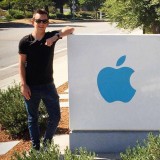 Joe joined MacRumors as an Editor in January 2015, based out of Toronto, Canada. He has been writing about Apple since 2008, with previous stints at 9to5Mac and other tech publications.

Joe has been cited by major media outlets, such as Bloomberg, CNBC, and Reuters. Many of his headlines have been featured by tech news aggregator Techmeme. 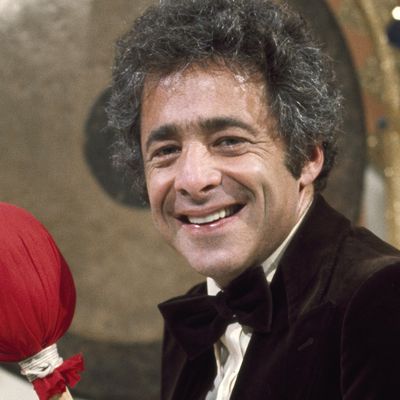 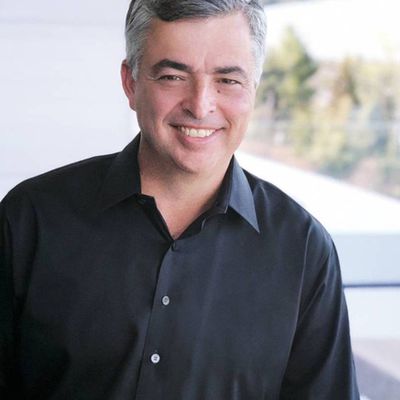 Thursday April 8, 2021 11:27 am PDT by Joe Rossignol
NFL star quarterback Tom Brady is teaming up with entrepreneur Richard Rosenblatt to launch a new NFT company called Autograph this spring, and Apple executive Eddy Cue will serve as an advisor to the company, according to CNN. As a Senior Vice President at Apple, Cue oversees many of the company's services, such as Apple Music, Apple TV+, Apple Maps, and iCloud. Once a fixture at Apple...
Read Full Article • 69 comments

Thursday April 8, 2021 9:39 am PDT by Joe Rossignol
With the App Store now home to nearly two million apps, Apple appears to be testing a new feature to make search results more contextual. As noted in the MacRumors forums and on Twitter, some iPhone users in recent weeks have started to see tags in the App Store after searching for a popular term like "photos" or "wallpaper." After searching for "photos," for example, some of the tags that...
Read Full Article • 24 comments

Wednesday April 7, 2021 11:54 am PDT by Joe Rossignol
Apple today announced the launch of its Find My network accessory program, allowing compatible third-party accessories to be tracked in the ‌Find My‌ app right alongside Apple devices. The first products that work with the Find My app will include a new Chipolo item tracker, Belkin earbuds, and select VanMoof e-bikes. While it was initially suspected that Find My's third-party accessory...
Read Full Article • 26 comments

Wednesday April 7, 2021 6:49 am PDT by Joe Rossignol
Apple is on a trajectory to sell a record-breaking 240-250 million iPhones in the 2021 fiscal year, topping a previous record of 231 million iPhones sold in the 2015 fiscal year, according to Wedbush analyst Dan Ives. "While the Street is forecasting roughly 220 million iPhone units for FY21, we believe based on this current trajectory and in a bull case Cupertino still has potential to sell ...
Read Full Article • 57 comments

Wednesday April 7, 2021 6:00 am PDT by Joe Rossignol
Starting with iOS 14.5, iPadOS 14.5, and tvOS 14.5, Apple will be requiring apps to receive a user's permission to track their activity for targeted advertising purposes, as part of a privacy measure known as App Tracking Transparency. To help advertisers adjust to this change, Apple today shared a new version of its "A Day in the Life of your Data" document with details on two...
Read Full Article • 25 comments

Tuesday March 30, 2021 7:09 am PDT by Joe Rossignol
Apple today started accepting submissions for its annual Swift Student Challenge, a coding contest that tasks students with creating an interactive scene in the Swift Playgrounds app. Winners will receive exclusive WWDC 2021 outerwear, a customized pin set, and one year of membership in the Apple Developer Program. To participate, students must create an interactive scene in a Swift...
Read Full Article • 11 comments

Tuesday March 30, 2021 6:27 am PDT by Joe Rossignol
Just moments after announcing that WWDC 2021 will be held digitally from June 7-11, Apple has updated its Developer app across the iPhone, iPad, and Mac, making it easier to discover content such as articles, videos, and WWDC content. "We've made improvements to the look and feel of the Developer app across iPhone, iPad, and Mac to help you enjoy articles, videos, news and announcements,...
Read Full Article • 12 comments

Wednesday March 24, 2021 8:08 am PDT by Joe Rossignol
Apple TV+ today announced that the second season of its acclaimed British comedy series "Trying" will debut worldwide on May 14, with new episodes added weekly. The series has also been renewed for a third season. Starring Esther Smith and Rafe Spall, Apple describes "Trying" as a comedy series about growing up, settling down, and finding someone to love. In the eight-episode second season...
Read Full Article • 49 comments

Wednesday March 24, 2021 6:38 am PDT by Joe Rossignol
Apple recently updated its security guidelines for its manufacturing partners, implementing tougher measures at factories to prevent leaks, according to an internal document obtained by The Information's Wayne Ma. Among the changes mentioned in the report: Apple's manufacturing partners can no longer collect biometric data such as fingerprints or facial scans of Apple employees who visit...
Read Full Article • 104 comments

Tuesday March 23, 2021 8:33 am PDT by Joe Rossignol
Apple is widely expected to announce new iPad Pro models as early as April, and ahead of time, accessory maker ESR has added a variety of 2021 iPad Pro cases and folios to its online store that offer some potential design clues. While the cases suggest that the next-generation iPad Pro will not have any significant design changes, ESR informed MacRumors that there will be fewer speaker holes ...
Read Full Article • 37 comments

Monday March 22, 2021 9:04 am PDT by Joe Rossignol
In recent days, some Apple TV 4K and Apple TV HD users have been receiving a "something went wrong" error message when attempting to load videos using the YouTube app on tvOS. The issue does not appear to be widespread, and it seems to arise only when a user is signed into their YouTube account on the Apple TV. YouTube has confirmed on Twitter that it is investigating the issue and working...
Read Full Article • 46 comments

Monday March 22, 2021 8:16 am PDT by Joe Rossignol
In a report today focused on an unactivated temperature/humidity sensor in the HomePod mini, Bloomberg's Mark Gurman briefly mentioned that Apple has "been developing new speakers with screens and cameras." This reporting suggests that Apple could be at least exploring the idea of new HomePod models with a display and camera to compete with the likes of Google's Nest Hub Max, Amazon's Echo...
Read Full Article • 212 comments
Newer Posts
Archives
Older Posts