Apple is working on a big-screen 6.7-inch iPhone with a price tag lower than $900, according to reliable Apple analyst Ming-Chi Kuo. 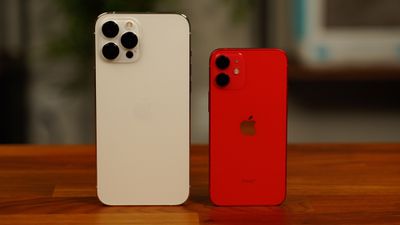 In a recent note to investors seen by MacRumors, Kuo said that Apple plans to continue with four models in its main ‌iPhone‌ lineup in 2022.

Kuo previously stated that the iPhone 13, destined for this year, will be the final ‌iPhone‌ lineup to feature a 5.4-inch "mini" model. Kuo has now reaffirmed his prediction, saying that the 2022 iPhones will only feature 6.1-inch and 6.7-inch sizes, with two models of each size. This means that there would be 6.1-inch and 6.7-inch model options for both the entry-level "iPhone 14" models and the "iPhone 14 Pro" models.

In effect, the "‌iPhone 13‌ mini" would be replaced by an "‌iPhone 14‌ Max," according to Apple's current naming system, but the exact titling of the devices remains to be seen.

Kuo said that the low-end 6.7-inch ‌iPhone‌ may cost less than $900, but could lack certain features such as an under-display Touch ID sensor, which is expected to come to other 2022 ‌iPhone‌ models, to mitigate costs.

The current largest 6.7-inch ‌iPhone‌, the iPhone 12 Pro Max, begins at $1,099, meaning that the "‌iPhone 14‌ Max" could come in at least $200 cheaper, offering a much more affordable big-screen ‌iPhone‌ for customers that do not need "Pro" features such as the telephoto camera lens.