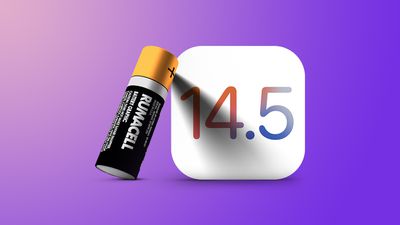 Some ‌iPhone 11‌, ‌iPhone 11‌ Pro, and iPhone 11 Pro Max users have experienced a bug causing their batteries to drain unexpectedly, and in some cases, reducing the peak performance of their devices.

Apple has now said that the inaccurate battery health reporting on these models does not reflect an issue with the actual battery health, and for most, can be fixed by a recalibration. As a result, the latest beta of iOS 14.5 introduced a new process for recalibrating the battery health information on the ‌iPhone 11‌, 11 Pro, and 11 Pro Max.

As outlined in an Apple support document, the update will recalibrate the maximum battery capacity and peak performance capacity of ‌iPhone 11‌ models to address inaccurate estimates of battery health reporting that some users have encountered.

Once the update is installed, ‌iPhone 11‌ users will see a message in Settings > Battery > Battery Health about the recalibration process, which Apple says can take up to a few weeks to complete.

Recalibration of maximum capacity and peak performance capability happens during regular charge cycles, and this process might take a few weeks. The displayed maximum capacity percentage will not change during recalibration. Peak performance capability might be updated, but this might not be noticeable by most users. If a previous degraded battery message was displayed, this message will be removed after updating to iOS 14.5.

When the recalibration process is finished, the maximum capacity percentage and peak performance capability information will be correctly updated.

In some cases, where the problem is not revolved with recalibration, users will be presented with a battery service message. Apple says that it will replace the batteries of these affected devices free of charge to restore full performance and capacity.

Other improvements coming in iOS 14.5 include a feature to unlock an iPhone when wearing a face mask with a new "Unlock with Apple Watch" addition, worldwide support for 5G in dual-SIM mode, AirPlay 2 support for Apple Fitness+, and much more.