Back in early November, Apple released iOS 14.2 and announced with it a slew of new features for iPhones, but one thing it didn't mention was the apparent addition of support for 1080p FaceTime calls on iPhone 8 and later devices. 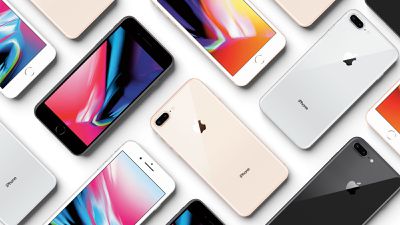 The little-known fact was discovered by MacMagazine, which found that Apple quietly updated the specs pages for devices like iPhone XR shortly after the release of iOS 14.2.

Prior to the release, Apple didn't list FaceTime HD (1080p) video calls on its iPhone XR pages, but made the addition in the week following the debut of iOS 14.2.

That means when it comes to using FaceTime HD, the only advantage of the iPhone 12 series is support for the resolution over both Wi-Fi and 5G.

According to tests carried out by MacMagazine, the difference in quality between 1080p over Wi-Fi and 720p over 4G was very noticeable on the older iPhones.

farewelwilliams
but the forum keeps talking about PlAnNeD ObSoLesCenCe

there is no planned obsolescence. apple throttled to prevent shutdowns due to aging batteries. end of story.
Score: 17 Votes (Like | Disagree)

Serban55
Apple even now can surprise us for an 4-5 years old phone
Score: 12 Votes (Like | Disagree)

newyorksole
Interesting. A welcome change to those with older iPhones.
Score: 10 Votes (Like | Disagree)
Read All Comments

Sunday February 5, 2023 6:07 am PST by Joe Rossignol
Apple has discussed selling a new top-of-the-line iPhone alongside the Pro and Pro Max models in 2024 at the earliest, according to Bloomberg's Mark Gurman. Based on this timeframe, the device would be part of the iPhone 16 lineup or later. In a September 2022 edition of his weekly "Power On" newsletter, Gurman said there was "potential" for an iPhone 15 Ultra to replace the iPhone 15 Pro...
Read Full Article • 346 comments