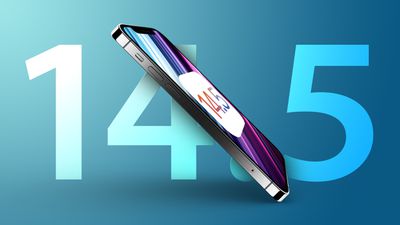 Apple has made a change to the way in which it secures its code in the latest betas of iOS 14.5 and iPadOS 14.5 to make zero-click attacks much harder. The change, spotted by security researchers, has now been confirmed by Apple and is slated to be included in the final update.

Zero-click attacks allow hackers to break into a target without the need for victim interaction, such as clicking a malicious phishing link. Zero-click attacks are therefore considerably harder for targeted users to detect and are considered to be much more sophisticated.

Since 2018, Apple has used Pointer Authentication Codes (PAC) to prevent attackers from leveraging corrupted memory to inject malicious code. Cryptography is applied to authenticate pointers and validate them before they are used. ISA pointers instruct a program about what code it should use when it runs on iOS. By using cryptography to sign these pointers, Apple is now extending PAC protection to ISA pointers.

"Nowadays, since the pointer is signed, it is harder to corrupt these pointers to manipulate objects in the system. These objects were used mostly in sandbox escapes and zero-clicks," security firm Zimperium's Adam Donenfeld told Motherboard. The change will "definitely make zero-clicks harder. Sandbox escapes too. Significantly harder." Sandboxes aim to isolate applications from each other to stop code from a program interacting with the wider operating system.

While zero-clicks will not be eradicated through this change, many of the exploits used by hackers and governmental organizations will now be "irretrievably lost." Hackers will now need to find new techniques to implement zero-click attacks on iPhone and iPad, but the security improvements to ISA pointers are likely to make a significant impact on the overall number of attacks on these devices.

if only they made zero-click Siri interactions easier

Why the negative/cynical spin on everything?
Score: 19 Votes (Like | Disagree)

macsplusmacs
always good to hear they are staying on top of things like this.
Score: 9 Votes (Like | Disagree)

farewelwilliams
if only they made zero-click Siri interactions easier
Score: 6 Votes (Like | Disagree)

I7guy
I like how Apple just does these stealth improvements and then wham, forces some big change somewhere.
Score: 4 Votes (Like | Disagree)

When do we expect it to release?

Whenever 14.5 is released.
Score: 3 Votes (Like | Disagree)
Read All Comments