Over the course of the iOS 14 beta test, we here at MacRumors have been putting together in-depth feature guides, tutorial videos, and how tos on the new features in the iOS 14 and iPadOS 14 updates. 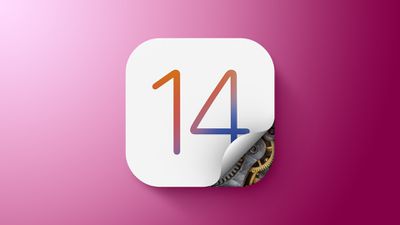 Many of our MacRumors readers have likely been running the betas for a couple of months now, but those who are new to the update will want to check out all of the content we have available below. It's also a great resource to send to friends and family members who have questions about iOS and iPadOS 14 content.

Now that you're set up with the basics, let's move on to our top iOS 14 and iPadOS 14 features.

In our Top iOS 14 Features article and video, we highlighted what we thought were the best features of the release. Watch the video or read the article which dives into the features in a bit more depth.

iPad owners also get a number of new features specifically for their devices. iPadOS 14 Features You Need to Know covered notable iPad-only features that can be found in the latest update. Similarly, the video will take you through them all but the article expands on each feature.

Once you've absorbed all that, here's our "hidden" feature list that incorporates lesser known items that we've found and liked in iOS 14:

These are in-depth guides that cover all the new features in the main sections of iOS 14.

MacRumors readers use our iOS 14 forum to discuss software performance, minor tweaks, apps, and more. Our forums are also a great resource if you need iOS 14 help.

synergize
The way Apple organizes the Apps in the App library is not how I want them organized, most of it is illogical.
Score: 13 Votes (Like | Disagree)

I wouldn’t include App Library as a Top Feature.

I haven’t upgraded yet, but I am confused about the lingo around the App Library. I don’t understand why there would ever be an “Add to App Library” function. Aren’t all your apps in your App Library automatically just by being on your phone?

I understand “Keep in App Library”. Delete this app from my home screen but don’t delete it from the phone, so it’s still available via the App Library. But you shouldn’t ever have to put an app there, right? It’s automatically there.

Or do I misunderstand?

No one understands the point of App Library.
Score: 9 Votes (Like | Disagree)

Still got built in people tracking?

I love this take. It’s a feature that is not only turned off BY DEFAULT, but it requires a third party app be voluntarily installed in order for it to be turned on. If you don’t want to be “tracked” I’d suggest you probably throw away your phone, computer, and any credit or debit cards you have.
Score: 9 Votes (Like | Disagree)

The way Apple organizes the Apps in the App library is not how I want them organized, most of it is illogical.

App Library is utterly pointless. It's only valuable if you are the one who decides where things go. Besides, what does it provides that folders don't.

and I'd like the option to return phone call and FaceTime notifications to full screen. I never really found it a problem.

and with the new widgets, where did my list of favorite numbers go?
Score: 7 Votes (Like | Disagree)

mattan_lines
Is anyone else experiencing serious battery drain with iOS 14? My phone (iPhone 11 Pro Max) drains so fast and gets so hot that it doesn't even charge when it's plugged in. My phone seems to STILL drain battery while plugged in if I'm using it. I'm not on the Developer beta for 14.2 yet, I'm on the GM iOS 14 beta, so this shouldn't be an issue related to the beta.
Score: 6 Votes (Like | Disagree)

I wouldn’t include App Library as a Top Feature.

No one understands the point of App Library.

Wednesday March 9, 2022 1:59 pm PST by Hartley Charlton
In March 2022, Apple introduced the fifth-generation iPad Air, featuring the M1 chip, 5G connectivity, and a new front-facing camera system. The updated iPad Air comes almost a year after in Apple introduced its current iPad Pro lineup, which also features the M1 chip and 5G connectivity, but sports a number of high-end features like ProMotion and a Thunderbolt port. The introduction of the...
Read Full Article • 88 comments

Thursday December 2, 2021 10:39 am PST by Tim Hardwick
Apple released macOS Monterey to the public in the fall, and the new desktop OS brings a whole slew of useful new features and changes to apps like Safari, Maps, FaceTime, Notes, Photos, Messages, and more. Subscribe to the MacRumors YouTube channel for more videos. Beyond the headline features, Apple has also made numerous tweaks and changes to macOS that aim to make the time you spend using ...
Read Full Article • 72 comments

Monday September 20, 2021 1:11 pm PDT by Juli Clover
iOS 15 is absolutely packed with new features, and it can be overwhelming sorting through everything that's new. If you're wondering whether it's worth upgrading and what new features might be worth getting access to right away, we've rounded up 10 of the best new additions in the iOS 15 update that you might not be aware of. 1. Android and Web-Based FaceTime For the first time, FaceTime is ...
Read Full Article • 51 comments

Monday September 20, 2021 11:50 am PDT by Juli Clover
Apple today released the new iOS 15 and iPadOS 15 updates to all users, and there are dozens of new features to learn about. Some of these options must be toggled on or set up, so we've created a handy get started with iOS 15 guide that walks you through what you should do after installing the update. Subscribe to the MacRumors YouTube channel for more videos. Set Up Notification Summary If...
Read Full Article • 58 comments

Wednesday March 9, 2022 9:34 am PST by Hartley Charlton
The third-generation iPhone SE and the iPhone 11 are Apple's lowest-cost iPhone options, starting at $429 and $499 respectively. Apple released the iPhone 11 in late 2019, and has bumped it down in price since then to make it more accessible as new iPhone models have been released. On the other hand, the third-generation iPhone SE launched in early 2022, refreshing the most affordable iPhone...
Read Full Article • 91 comments