Apple Music boasts access to a total of 60 million songs. Content can be streamed or downloaded for offline play, and there are also song and genre-based radio stations available along with the curated Beats 1 radio station. 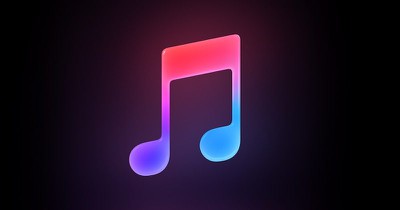 Apple Music integrates with your existing iCloud Music Library, so you can combine Apple Music songs with songs that you have previously purchased on iTunes all in one unified location.

All of the streaming services have differences, and with Apple Music, Apple has focused on human curation. While there are some algorithmically created playlists, a lot of the content highlighted on Apple Music is done by Apple Music editors.

Apple offers regularly updated personalized playlists in a "For You" tab, including a favorites mix, a chill mix, a friends mix, and a new music mix, along with other playlist options that are updated on a daily basis.

Apple Music also often has exclusive album releases, documentaries, and music videos that aren't available on other platforms as a way to lure subscribers.

Beats 1, Apple Music's 24/7 live radio station, is also one of the service's most unique features. It features songs curated by DJs along with a multitude of special shows, sometimes created by artists.

Apple in iOS 13 added support for more than 100,000 live radio stations from around the world to Apple Music. You can ask Siri to play your favorite local radio station.

What's Included in a Subscription

Apple Music works on all of Apple's devices, including iPhone (CarPlay included), iPad, Apple Watch (with no ‌iPhone‌ on LTE models), Apple TV, Mac (in iTunes), and HomePod.

It's also available on non-Apple devices, so you don't need to be an Apple user to get it. It works on on PCs with the PC version of iTunes, on Android devices with the Android Apple Music app, on Sonos devices, and on Amazon-branded Echo devices.

Unlike Spotify, Apple Music does not offer a free ad-supported music tier. A paid subscription is required for all Apple Music content.

A family plan is available for $14.99 per month, and it allows up to six people to listen to Apple Music. A family subscription requires Family Sharing to be set up, which requires all people in the family to use the same credit card for iTunes billing purposes.

Pricing does vary by country, but is similar to the U.S. pricing.

In the United States, Verizon subscribers with Beyond Unlimited or Above Unlimited data plans can access Apple Music for free.

Apple offers free three-month free trials for Apple Music, and in some cases, has been known to offer additional trial months to encourage listeners to sign up for a paid subscription.

Apple Music on Other Devices

Trying to decide between Apple Music and another service? Make sure to check out our guides comparing Apple Music with other streaming music options that are out there.

In a nutshell, Apple Music is the ideal choice if you're in the Apple ecosystem, have a ‌HomePod‌, prefer human-based curation, and already have an existing iTunes music collection.

Both AAC and Ogg Vorbis are different compression formats with different sound profiles, but both are similar and the average person isn't going to be able to tell one from the other. CNET has a great comparison testing the sound quality of Apple Music and Spotify.

Have an Apple Music question or tip that you don't see available in our guide? Email us at tips@macrumors.com.

Wednesday February 24, 2021 5:17 am PST by Sami Fathi
As reported by Musically (via iMore), Apple's global Senior Director of Music publishing, Elean Segal, has shot down the possibility that Apple will introduce a free Apple Music tier, based on ads. Segal was answering questions to British members of parliament in the UK's Digital, Culture, Media, and Sport committee, alongside representatives from Spotify and Amazon, about the economics of ...
Read Full Article • 47 comments

Apple Pays $163.34 Million in Licensing Fees for Songwriters and Publishers

Thursday February 11, 2021 4:07 am PST by Tim Hardwick
Apple has announced that students who have yet to subscribe to Apple Music can now get a six-month free trial – double the standard three months offered to students – in the United States and select other countries. Apple says the promotion is open to students in the United States studying for a bachelor degree, post-graduate degree, or an equivalent Higher Education course at a...
Read Full Article • 22 comments

Monday February 8, 2021 4:09 am PST by Tim Hardwick
Apple last week released beta versions of upcoming iOS 14.5 and iPadOS 14.5 updates to developers and public beta testers, and among a number of new features, Apple has added the ability to set a default music streaming service when using Siri to play songs. Image via Reddit user matejamm1 First spotted by Reddit users, the first time you ask Siri to play a song in iOS 14.5, you are given the ...
Read Full Article • 59 comments

Monday February 8, 2021 2:20 am PST by Tim Hardwick
Apple is offering up to a five-month free trial of Apple Music to new users of the streaming service, in a unique partnership with country music singer Dolly Parton. Like previous Apple Music promotions, the offer is linked to Apple-owned Shazam, but this time with a difference. Viewers of yesterday's Super Bowl were invited to use Shazam to identify a Parton song played in a commercial to...
Read Full Article • 61 comments

Thursday January 14, 2021 4:31 pm PST by Juli Clover
Apple is working to bring Music and Podcasts apps to the Microsoft Store, according to a report from 9to5Mac that cites unnamed sources. Apple is allegedly testing Music and Podcasts apps for Microsoft's platforms in a private beta capacity at this time. There is no word on whether the apps will be compatible with Windows PCs or if they are being developed for Microsoft's Xbox consoles....
Read Full Article • 46 comments

Wednesday January 6, 2021 6:14 am PST by Hartley Charlton
Apple has today announced that New Year's Day saw a new single-day spending record of over $540 million on the App Store, as the company celebrated a number of highlights from its various services in 2020. Recapping 2020, Apple announced that the year's most downloaded apps were Zoom and Disney+, and games on the App Store "became more popular than ever." Apple revealed that developers...
Read Full Article • 10 comments

Monday December 28, 2020 6:34 am PST by Hartley Charlton
Tesla may soon add support for Apple Music, according to references in a Tesla software update found by Twitter user @greentheonly (via Tesla North). Spotify has been the main way to listen to music using Tesla's infotainment system for some time, with no support for other music streaming services such as Apple Music, Tidal, or Amazon Music. Tesla first announced support for other music...
Read Full Article • 152 comments

Friday December 18, 2020 3:36 am PST by Tim Hardwick
Apple is offering TikTok users a four-month free trial of Apple Music to newcomers of the streaming service. As spotted by ApplePost and Apple Terminal, the deal is available to new subscribers through the short-form video sharing app, and offers an additional month on top of Apple's normal three-month free trial for new subscribers. The promotion runs through January 4, 2021, and the...
Read Full Article • 20 comments

Apple Music to Get Animated Album Artwork in iOS 14.3 and macOS 11.1

Friday December 11, 2020 4:11 am PST by Tim Hardwick
Apple Music includes new animated album artwork in the latest beta versions of iOS 14.3 and macOS 11.1, indicating that the feature will likely come to subscribers of the streaming service next week. Apple Music gained animated playlist artwork with the release of iOS 14, but it looks like Apple is now extending the feature to select album covers in iOS 14.3, too. Animated album art in...
Read Full Article • 75 comments

Wednesday December 2, 2020 9:29 pm PST by Juli Clover
As 2020 comes to a close, Apple has been sharing top lists for podcasts, the App Store, and now, Apple Music. Apple today announced the top song and album of 2020, along with top 100 charts of the most popular songs during the year. The top song of 2020 was "The Box" by Roddy Ricch, with 13.7 million plays worldwide during its debut week alone. "Blinding Lights" by The Weeknd was the number...
Read Full Article • 16 comments

Saturday November 28, 2020 12:14 am PST by Tim Hardwick
Apple is offering up to a five-month free trial of Apple Music to new users of the streaming service, with the promotion appearing in the company's Shazam music identification app. Apple usually offers up to a three-month free trial of Apple Music to users who haven't subscribed to the service before, so this latest promotion represents one of its best deals yet. To access the promotion,...
Read Full Article • 56 comments

Wednesday November 25, 2020 2:20 am PST by Tim Hardwick
Apple experienced ongoing server issues with its iCloud Music Library service over the last 72 hours, based on multiple user reports across the internet, leaving many Apple Music subscribers unable to access their music libraries. However, the problem appears to have been solved, at least for now. Image via MacRumors forum member Nikonoclast iCloud Music Library allows PC, Mac and iOS users...
Read Full Article • 42 comments

Thursday November 19, 2020 2:36 am PST by Tim Hardwick
Apple has announced the winners of the second annual Apple Music Awards, which recognize "the best and boldest musicians of 2020 and their enormous impact on global culture." The awards honor achievements in music across five categories, with winners chosen through a process that reflects both Apple Music's editorial perspective and what customers around the world are loving most. Apple...
Read Full Article • 28 comments

Friday October 30, 2020 8:47 am PDT by Joe Rossignol
Apple One bundles are now available in the United States and over 100 other countries, allowing customers to subscribe to multiple Apple services through a single plan, including Apple Music, Apple TV+, Apple Arcade, iCloud, and more. To sign up for Apple One on an iPhone: Open Settings App Tap on Your Name at the top Tap on Subscriptions Tap on Apple One The prompt for Apple One...
Read Full Article • 605 comments

Tuesday October 27, 2020 8:20 am PDT by Joe Rossignol
Apple Music received a redesign in iOS 14 with a more personalized Listen Now tab, an improved search experience, autoplay functionality, and more, and these features have just been rolled out to the Android version of the app. Apple Music for Android version 3.4 during beta testing via Android Police Version 3.4 of Apple Music for Android has also gained a crossfade feature. When enabled...
Read Full Article • 37 comments