Apple is working on a "crash detection" feature using data from million of iPhones and Apple Watches that could launch in 2022, according to a recent report. 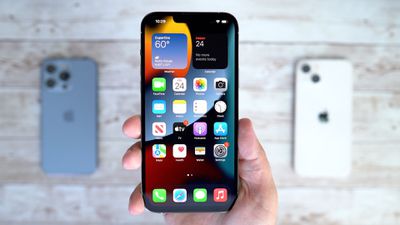 Citing internal company documents and people said to be familiar with the matter, the Wall Street Journal reported last month that the new feature could use the iPhone and Apple Watch to automatically detect when a user is involved in a car crash.

Specifically, the feature uses sensors like the accelerometer to "detect car accidents as they occur," in part by measuring a sudden spike in gravitational force, more commonly known as g-force, upon impact. When a crash is detected, the device automatically dials 911 to contact the emergency services.

The report claimed that Apple has been testing the feature over the past year by collecting data anonymously from millions of ‌iPhone‌ and Apple Watch users, with the devices apparently having detected more than 10 million suspected vehicle impacts. From the report:

Apple products have already detected more than 10 million suspected vehicle impacts, of which more than 50,000 included a call to 911.

Apple has been using 911 call data to improve the accuracy of its crash-detection algorithm, since an emergency call associated with a suspected impact gives Apple more confidence that it is indeed a car crash, according to the documents.

The feature sounds similar to Fall Detection on the Apple Watch Series 4 and newer, which can detect if the wearer has experienced a hard fall and automatically call emergency services if they do not indicate that they are okay. It is also possible that the feature could work in a similar way to Emergency SOS.

As with any feature that is still in testing, Apple could choose not to release it, but according to the report, the company is currently planning to launch the "crash detection" feature in 2022. It seems feasible that it could be included in the upcoming iOS 16 and watchOS 9 software updates, which we are likely to see a first glimpse of at WWDC in June next year.