Market data from a range of sources throughout January has revealed that most consumers are not interested in the iPhone 12 mini. 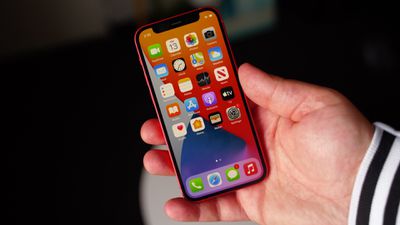 Sales data from Consumer Intelligence Research Partners (CIRP) has disclosed that the ‌‌iPhone 12 mini‌‌ accounted for a much lower proportion of sales than other iPhone 12 models that Apple offers.

A DigiTimes report suggested that Apple's smallest ‌iPhone 12‌ model was launched to target the U.S. and European markets, but the global health crisis is believed to have impacted sales in these territories, leading to a slowdown in ‌‌iPhone 12 mini‌‌ orders. The report also suggests that strong demand for ‌‌iPhone 12‌ Pro‌ models in China has led Apple to strengthen its supply of the more expensive devices in response.

The East Asian market has historically favored larger form factor devices, and China has not been as severely impacted by the pandemic in recent months compared to other parts of the world. Pegatron is the main producer of the ‌‌iPhone 12 mini‌‌, and the above factors may have combined to constrain demand for the device at the Taiwanese manufacturer's expense.

On the other hand, CIRP speculates that the availability of lower-cost models like the $399 ‌iPhone SE‌, $499 ‌iPhone‌ XR, and $599 ‌‌iPhone‌ 11‌, may be the main reason behind the limited appeal of the more expensive ‌‌iPhone 12 mini‌‌, which is priced at $699.

Overall, it appears that in spite of fans' enthusiasm for a smaller ‌iPhone‌ in recent years, most consumers are not interested in the ‌iPhone 12 mini‌. However, this may change over time as prices come down, and it may simply be the case that smaller phones are only compelling to the majority of customers at a lower price point.

Sunday February 5, 2023 6:06 am PST by Hartley Charlton
A new version of the Mac Studio with the "M2 Ultra" chip is unlikely to arrive in the near future, according to Bloomberg's Mark Gurman. In the latest edition of his "Power On" newsletter, Gurman explained that since the upcoming Apple silicon Mac Pro is "very similar in functionality to the Mac Studio," Apple may wait until the release of M3- or M4-series chips to update the machine, or...
Read Full Article • 529 comments