Apple has managed to ramp up chip orders for its new iPhone 13 lineup by reducing equivalent orders for the older-generation iPhone models that the company still sells, according to a new DigiTimes report. 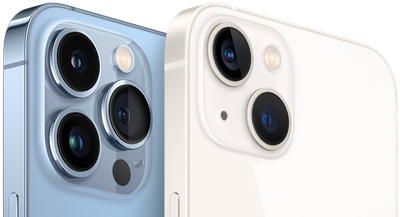 Apple continues to sell the iPhone 12, iPhone 12 mini, and ‌iPhone‌ 11 on its online store, and also offers the iPhone SE 2 for users who prefer an affordable ‌iPhone‌ with a Home button. Apple discontinued the ‌iPhone‌ XR, ‌iPhone 12‌ Pro and iPhone 12 Pro Max when it launched the ‌iPhone 13‌ series in September.

Apple is currently struggling with shipment delays on all configurations of ‌iPhone 13‌ models, with three- to four- week delays in shipments in the United States, Canada, and the United Kingdom. Older-generation models aren't doing that much better, either. As of writing, online ‌iPhone 12‌ and 12 mini orders face a one- to two-week shipping delay, while ‌iPhone‌ 11 orders face an up to five-week delay.

According to today's report, TSMC is still on track to move its 3nm process technology to volume production in the second half of 2022, with monthly output for the process set to reach 55,000 wafers. TSMC's 3nm process will reportedly be first adopted for the manufacture of ‌iPhone‌ chips. A previous report from Nikkei Asia claimed Apple will debut the next-generation 3nm chip technology in a 2022 iPad Pro.

The A15 Bionic chip in the ‌iPhone 13‌ uses a 5nm+ process, which TSMC refers to as N5P, a "performance-enhanced version" of its 5nm process that delivers additional power efficiency and performance improvements. The A16 chip in 2022 iPhones is expected to be manufactured based on TSMC's future 4nm process.

Acidsplat
As a buyer of the 13 mini since the battery life was improved from last year, I hope there's enough sales to show Tim that there's still demand for small phones.
Score: 13 Votes (Like | Disagree)

I'm getting an iPhone 13 Mini myself and would upgrade to an iPhone 14 Mini if they made one and it has 120hz.
Score: 9 Votes (Like | Disagree)

I still think the mini form factor eventually becomes the SE once the current design is no longer serviceable. Probably another 2-3 years yet, which should roughly coincide with the 13 mini no longer being on sale.
Score: 5 Votes (Like | Disagree)

Finally upgraded from an SE (1st gen.) to a 13 mini, and really enjoying it EXCEPT for the lack of Touch ID.

Face ID with masks means constantly putting in a passcode, and it makes me feel like we've regressed a decade to my iPhone 3GS.
Score: 5 Votes (Like | Disagree)

IsaacM
13 seems to be what customers expected from the 12 and it's selling like hotcakes
Score: 4 Votes (Like | Disagree)

ShaneReactions
Everything is hard to get. I can't find a car either. I'm probably just going to buy out my lease instead of paying sticker price and waiting for weeks on a brand new car. I think we all just need to be really patient right now.
Score: 4 Votes (Like | Disagree)
Read All Comments

Sunday February 5, 2023 6:06 am PST by Hartley Charlton
A new version of the Mac Studio with the "M2 Ultra" chip is unlikely to arrive in the near future, according to Bloomberg's Mark Gurman. In the latest edition of his "Power On" newsletter, Gurman explained that since the upcoming Apple silicon Mac Pro is "very similar in functionality to the Mac Studio," Apple may wait until the release of M3- or M4-series chips to update the machine, or...
Read Full Article • 448 comments