By MacRumors Staff on April 11, 2021
Jump to How Tos Articles

The App Store is Apple's digital software distribution platform for iOS devices. First introduced in 2008, the App Store allows software developers to distribute content that has been created specifically for the iPad, iPhone, and iPod touch. Apps are also available on the Apple Watch through the iOS App Store.

There are well over a million apps in the App Store, and customers have downloaded more than 100 billion apps since the App Store debuted. App Store apps are available with three pricing options: free (and usually supported by ads), free with in-app purchases, or a set cost starting at $0.99 in the US.

How to Download Large Apps Over Cellular on iPhone and iPad

Monday February 3, 2020 11:56 am PST by Tim Hardwick
Apple used to limit the size of App Store downloads over cellular to 150MBs to prevent iPhone users from accidentally downloading a large app over 3G or 4G networks and using up all their data allowance or running up data charges. In May 2019, Apple upped the limit of over-the-air downloads to 200MB, but offered no way to opt out of the limit at the time, leaving users with unlimited data...
Read Full Article

How to Update Apps in iOS 13

Monday September 16, 2019 5:13 pm PDT by Tim Hardwick
If you recently updated your iPhone to iOS 13 or your iPad to iPadOS 13 and you can't work out how to manually update your installed apps, then you've come to the right place. Apple has changed the way you update apps in iOS. In earlier versions of its mobile operating system, app updates lived in their own tab in the App Store app, but that has since had to make way for a new Apple Arcade...
Read Full Article

How to Cancel App Store Subscriptions 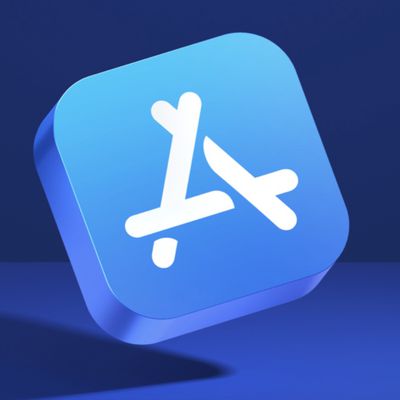 Sunday April 11, 2021 1:53 pm PDT by Sami Fathi
Apple has agreed to provide its chief compliance officer, Kyle Andeer, to the Senate Judiciary Committee's antitrust panel for a hearing on anti-competitive practices for mobile app stores on April 21, according to Bloomberg's Mark Gurman. Earlier this week, Apple refused to provide an executive for the hearing around anti-competitive practices on online stores. In a letter obtained by Bloomb...
Read Full Article 0 comments

Thursday April 8, 2021 9:39 am PDT by Joe Rossignol
With the App Store now home to nearly two million apps, Apple appears to be testing a new feature to make search results more contextual. As noted in the MacRumors forums and on Twitter, some iPhone users in recent weeks have started to see tags in the App Store after searching for a popular term like "photos" or "wallpaper." After searching for "photos," for example, some of the tags that...
Read Full Article 24 comments

Wednesday April 7, 2021 4:59 am PDT by Sami Fathi
Apple hosts millions of apps on the App Store, calling the platform a "safe and trusted" place to discover apps. While mainly true, Apple has come under criticism for hosting many different scam apps on the platform, some even raking in millions in revenue. In February, developer Kosta Elefherious highlighted how many of his own apps, including the popular Apple Watch keyboard, FlickType,...
Read Full Article 73 comments

Friday April 2, 2021 6:47 am PDT by Hartley Charlton
The average iPhone user spent 38 percent more in 2020 on premium apps and in-app purchases than the year before, reaching a total average spend of $138 per ‌iPhone‌ in the United States, according to new research conducted by Sensor Tower. 2020 was a record year for App Store spending, with more than ever being spent per ‌iPhone‌ user. Although ‌App Store‌ sales grew by 42 percent in 2016,...
Read Full Article 91 comments

Wednesday March 31, 2021 9:59 pm PDT by Juli Clover
A few weeks after Apple agreed to allow Russia to show iPhone users in the country suggested apps created by Russian developers, Russian users are seeing the list of app suggestions when setting up a new device. As noted by Khaos Tian on Twitter, Russian users will see an App Store section featuring apps like Yandex Browser, Yandex Maps, ICQ, VK, and others during the ‌iPhone‌ startup...
Read Full Article 100 comments

Wednesday March 31, 2021 6:59 am PDT by Hartley Charlton
Arizona's proposed state bill "HB2005", that would provide developers with an alternative to Google and Apple's in-app purchase options by allowing developers to use their own payment solutions within apps, appears to have been abandoned after intense lobbying (via The Verge). The bill was advanced through the Arizona House Committee and the Arizona House of Representatives, before it was...
Read Full Article 105 comments

Thursday March 25, 2021 5:18 am PDT by Sami Fathi
As it faces a barrage of probes and investigations regarding the App Store and the distribution of apps on its devices, Apple has told Australia's consumer watchdog that developers have "multiple" ways to reach iOS users and claims that they are "far from limited" to simply using the ‌App Store‌. In a new filing (via ZDnet) responding to concerns from the Australian Competition & Consumer...
Read Full Article 146 comments

Thursday March 25, 2021 4:23 am PDT by Sami Fathi
Earlier this week, popular VPN provider Proton made headlines by linking Apple's rejection of a security update to its ProtonVPN mobile app with the ongoing political upheaval in Myanmar. In response, Apple today provided MacRumors with a timeline of the events regarding the app update. In a blog post dated March 23, Proton founder Andy Yen wrote that Apple rejected "important updates" for...
Read Full Article 62 comments

Tuesday March 23, 2021 6:39 am PDT by Sami Fathi
ProtonVPN, a popular VPN choice for iOS users, claims that Apple is blocking "important updates" to its iOS app following a United Nations recommendation for the app to be used amid an internet crackdown in Myanmar. In a blog post today, the app says that Apple is blocking updates for the app due to an excerpt from the app's description. In the App Store, ProtonVPN says: Whether it is...
Read Full Article 52 comments

Tuesday March 23, 2021 2:37 am PDT by Sami Fathi
Apple has told an Australian court that Epic Games' legal challenge against the App Store is "self-serving," and that all the software company aims to do is "redefine the terms of access" that it's always been subject to on Apple's platforms. As reported by The Guardian, Apple and ‌Epic Games‌ on Tuesday went head-to-head in a federal court in Sydney, Australia, following Epic's decision to...
Read Full Article 55 comments

Apple 'Surprised' By Developer Frustration With Its App Review Process

Monday March 22, 2021 4:11 am PDT by Sami Fathi
Apple has told Australia's competition watchdog that it's "surprised" to hear that some developers have concerns over the App Store and the process in which apps are reviewed, rejected, or approved for distribution on the platform. In September of last year, the Australian Competition and Consumer Commission (ACCC) launched an investigation into Apple's ‌App Store‌ and Google's Play Store...
Read Full Article 104 comments

Tuesday March 16, 2021 5:20 pm PDT by Juli Clover
Apple in November launched the App Store Small Business Program, which drops App Store fees from 30 percent to 15 percent for all developers who earn less than $1 million from the ‌App Store‌, and it turns out the price drop isn't costing Apple much money. According to estimates from app analytics company Sensor Tower shared by CNBC, had Apple's program been in place for all of 2020, Apple...
Read Full Article 75 comments

Tuesday March 16, 2021 11:02 am PDT by Juli Clover
With App Privacy labels now available for many of the top apps in the App Store, pCloud earlier this month took a look at the most "invasive" apps that collect the most data from users. It will come as no surprise to many that Instagram and Facebook share the most data with third-party advertisers, collecting info on purchases, location, contact details, user content, search history,...
Read Full Article 83 comments

Tuesday March 16, 2021 5:35 am PDT by Sami Fathi
Apple has reportedly agreed to show users a prompt when first setting up a device in Russia to pre-install government-approved apps, in compliance with a new law from the Ministry of Digital Affairs, according to a report from Vedomosti. According to the report, citing a source within the Ministry, Apple struck a deal with the government that will show users a prompt when first configuring ...
Read Full Article 83 comments

Monday March 15, 2021 1:53 am PDT by Tim Hardwick
Apple says its App Store now supports more than 330,000 jobs in the U.K., a 10% increase over the past year, despite the pressures of the global health crisis on the nation's economy. According to Apple, 2020 was a "breakthrough year" for the iOS app economy, with developers in the U.K. generating more than £3.6 billion in total earnings, which represents 22% in growth compared to the...
Read Full Article 72 comments

Tuesday March 9, 2021 10:06 am PST by Juli Clover
A security flaw in an app called "Call Recorder" exposed thousands of customer conversations, reports TechCrunch. The vulnerability was found by PingSafe AI researcher Anand Prakesh, and has since been patched. The Call Recorder app is designed to allow iPhone users to record their incoming and outgoing phone calls, with those recordings stored in the cloud on Amazon Web Services. Using a ...
Read Full Article 42 comments

Tuesday March 9, 2021 6:31 am PST by Sami Fathi
Last month, Twitter announced "Super Follow," a new business model that will allow creators to charge users for exclusive content on the platform. To make it work, Twitter will enable users to pay creators, influencers, and others a set monthly price to become a "Super Follower" via an in-app purchase on iOS and Android. Apple's in-app purchasing system, which gives the tech giant a 30%...
Read Full Article 38 comments

Thursday March 4, 2021 1:53 am PST by Sami Fathi
Today the United Kingdom's Competition and Market Authority (CMA) launched an official investigation into the distribution of apps on iOS and iPadOS devices in the U.K. and the terms and conditions governing the platform. In September of last year, the authority launched an initial inquiry into developers' complaints about Apple's App Store and so-called "anti-competitive" practices. CMA...
Read Full Article 146 comments
Newer Posts
Archives
Older Posts