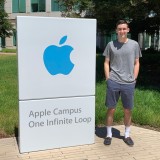 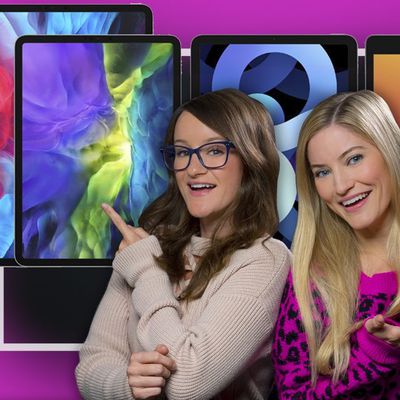 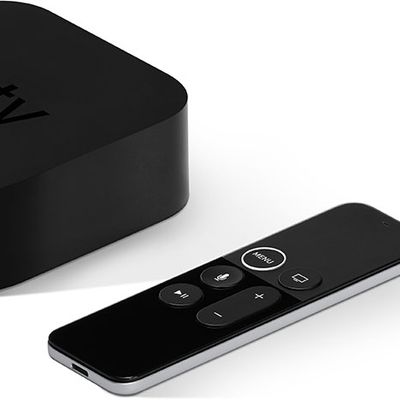 Apple Working on Apple TV Models With A12 and A14 Chips, New Controller, and More

Saturday October 3, 2020 11:46 am PDT by Frank McShan
Several rumors have indicated that Apple is working on a refreshed Apple TV, and Fudge, a leaker who goes by @choco_bit on Twitter, today shared some new information on what we can expect. In a tweet, Fudge claims that Apple is preparing multiple new Apple TV set-top boxes, with a model featuring a variant of the A12 chip and one with an "A14X-like" chip. Fudge also mentions that a new...
Read Full Article • 311 comments

Monday September 28, 2020 1:07 am PDT by Frank McShan
A federal judge on Sunday granted TikTok a preliminary injunction that temporarily halts an order from the Trump Administration that would have banned new app downloads in the United States beginning on Monday, reports The New York Times. Should the order have gone into effect, Apple and Google could have been forced to remove TikTok from their respective app stores, and users who already...
Read Full Article • 78 comments

Sunday September 20, 2020 6:13 am PDT by Frank McShan
Just hours before new app downloads would be banned in the United States, Vanessa Pappas, the interim head of TikTok, announced on Saturday that the company has reached a proposal with Oracle and Walmart that will keep the video sharing platform alive in the country. The deal has also been approved by President Donald Trump, reports Bloomberg. The deal will effectively establish a new...
Read Full Article • 173 comments

Sunday September 13, 2020 11:40 am PDT by Frank McShan
SoftBank is nearing a deal to sell its Arm Holdings to Nvidia, the world's largest graphics chipmaker, reports The Wall Street Journal. According to those familiar with the matter, a cash-and-stock deal between the two companies could occur early next week and would be valued at over $40 billion, which could potentially be the largest deal ever in the semiconductor industry. SoftBank...
Read Full Article • 203 comments

Sunday September 6, 2020 8:14 pm PDT by Frank McShan
In this week's App Recap, we've highlighted finance app "Buddy," productivity app "MindNode," and productivity app "Study Bunny" as three apps that are worth checking out. Apps to Check Out Buddy - Easy Budgeting (iOS, Subscription) - Buddy is an app that can help users set up a budget and keep track of expenses. The app's overview page provides a clear breakdown of all expenses over a...
Read Full Article • 8 comments

Saturday September 5, 2020 2:41 pm PDT by Frank McShan
Just a week after Apple terminated Epic Games' developer account, Epic has filed for a preliminary injunction that would both allow Fortnite back on the App Store and restore access to its developer account. In the filing, ‌Epic Games‌ says it was willing to challenge Apple "because it was the right thing to do" and "it was better positioned than many other companies to weather the storm."...
Read Full Article • 636 comments

Monday August 31, 2020 6:01 am PDT by Frank McShan
Ginger Labs today announced an update to its popular productivity app Notability, introducing several new features designed to enhance creativity within the app. Among the new tools is a feature that lets users draw arrows and curves that will snap perfectly into place. Users can also now draw perfectly spaced dots and dashes with the pen and highlighter tool. There's a new favorites...
Read Full Article • 25 comments

Sunday August 30, 2020 7:09 pm PDT by Frank McShan
In this week's App Recap, we've highlighted productivity app "Do," productivity app "Flow," and lifestyle app "North Star" as three apps that are worth checking out. Apps to Check Out Do: Simple Notes & To Do Lists (iOS, One-Time Purchase) - Do features a simple interface that provides an easy way to keep track of notes and to-do lists. Users can organize notes into sub-lists as well as...
Read Full Article • 25 comments

Saturday August 22, 2020 8:57 pm PDT by Frank McShan
Apple has reportedly begun testing an expansion of its more detailed Apple Maps app in the United Kingdom and Ireland, according to Justin O'Beirne, who often shares details on updates made in ‌Apple Maps‌. Image via Justin O'Beirne Since the Maps revamp in these countries is in testing stages, it is worth pointing out that the changes are not available to all users at the current time....
Read Full Article • 134 comments

App Recap: Heart Reports, HibiDo, and Weather on the Way

Sunday August 16, 2020 9:24 pm PDT by Frank McShan
In this week's App Recap, we've highlighted health and fitness app "Heart Reports," productivity app "HibiDo: To-Do List & Notes," and weather app "Weather on the Way" as three apps that are worth checking out. Apps to Check Out Heart Reports (iOS, $1.99) - Heart Reports is an app that lets users generate reports based on data from the Health app. Several forms of data can be aggregated...
Read Full Article • 5 comments

Saturday August 15, 2020 5:09 am PDT by Frank McShan
President Donald Trump has signed an executive order giving ByteDance 90 days to sell its TikTok business in the United States, citing evidence of possible national security threats from the China-based company. In the order, the Trump Administration said there's "credible evidence" to suggest that ByteDance "might take action that threatens to impair the national security of the United...
Read Full Article • 205 comments

Sunday August 2, 2020 4:09 pm PDT by Frank McShan
Apple has expanded its partnership with American Airlines, as the airline is now offering free Apple TV+ streaming as an in-flight entertainment option (via The Points Guy). Only select Apple TV+ shows like "The Morning Show," "Dickinson," and "Defending Jacob" are available for in-flight viewing at the current time. An American Airlines representative confirmed to The Points Guy that the...
Read Full Article • 49 comments

Sunday August 2, 2020 11:06 am PDT by Frank McShan
Apple on Saturday removed nearly 30,000 apps from its Chinese App Store due to the apps lacking an official license from local regulators, reports Reuters. The report, which cites data from research firm Qimai, says that 90% of the apps removed were games. The report also mentions that over 2,500 additional apps were removed from the China App Store over the first week of July. Apple in...
Read Full Article • 24 comments

Saturday August 1, 2020 3:43 pm PDT by Frank McShan
Apple in March purchased weather app Dark Sky, and at that time, Dark Sky's developers said that the app's Android version would be discontinued on July 1, 2020. However, instead of shuttering the app on that date, the app's developers announced that the discontinuation would be delayed for another month. Now that it's August, Android users are no longer able to access the app, and...
Read Full Article • 137 comments