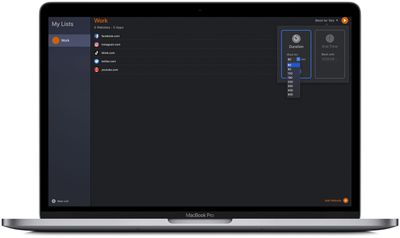 AppleInLVX
Everything's a damned subscription. I'm going to bed (at least until someone contrives a way to charge me monthly or annually for my bed sheets) :rolleyes:
Score: 7 Votes (Like | Disagree)

LarsN.
Why there is never some time aloted for getting up between waking up and making breakfast? Is there no one out there taking some minutes to actually get up?
Score: 3 Votes (Like | Disagree)

I don't think there is a way for developers to do that. You can, however, see the IAP (including subscriptions) on the App Store page.

It’s possible for developers to display the IAP pricing in the App Store but it’s optional. I find it extremely frustrating if developers choose to hide it so you have no idea what the cost will be.

Especially as these developers also like to hide the pricing on their website and in the app behind free trials.

Apple should force developers to display the price or do it automatically.
Score: 1 Votes (Like | Disagree)

Why there is never some time aloted for getting up between waking up and making breakfast? Is there no one out there taking some minutes to actually get up?

You mean your bed is not right next to your kitchen?
Score: 1 Votes (Like | Disagree)

You mean your bed is not right next to your kitchen?

Your bed isn’t IN your kitchen?
Score: 1 Votes (Like | Disagree)
Read All Comments