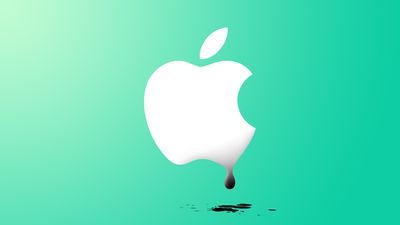 The highly reliable Apple leaker known as "Kang" and a number of other leakers have reportedly received warning letters from lawyers representing Apple. According to posts on Kang's Weibo account, the letter cautioned leakers that they must not disclose information about unreleased Apple projects because it may give Apple's competitors valuable information and "mislead customers, because what is disclosed may not be accurate."

Apple apparently grabbed screenshots of Kang's Weibo as evidence, but he explained that since "I have never published undisclosed product pictures" or sold his information, Apple must take exception to "riddles and dreams" about its undisclosed projects. Apple leaks vaguely characterized as "dreams" have been popularized in recent years by leakers such as "L0vetodream," providing some insiders with a fun mechanism to hint at Apple's future plans without giving too much away.

Apple appears to have sent similar letters to other leakers and product renderers, such as "CConceptCreator," who made leaker Jon Prosser's accurate renders of AirPods Max before they were released. He said he was hit with a stern warning from Apple. Leaker and concept artist Ben Geskin also recently said that he received a similar letter.

Email from Apple lawyers with court and fines threats. Negotiations, calls, meeting, my denial of guilt with evidence - they don't care. It took a month. After all, the signing of the agreement, deleting posts that Apple doesn’t like, and the end of my Apple activity. — Ben Geskin (@BenGeskin) June 25, 2021

Moreover, earlier this year Apple filed a lawsuit against Simon Lancaster, a former employee who allegedly used his position within the company to steal "sensitive trade secret information" from Apple that was then leaked to a journalist and published in rumor articles.

Given the large number of recent product leaks from the likes of Kang, it seems that Apple is attempting to maintain its infamous level of secrecy by cracking down on leakers and accurate product renders.

Thursday June 24, 2021 5:45 am PDT by Hartley Charlton
The highly reliable Apple leaker known as "Kang" and a number of other unspecified leakers have reportedly received warnings from lawyers representing Apple. According to posts on Kang's Weibo account, Apple recently commissioned a law firm to send admonitory letters to a number of leakers. The letter purportedly cautioned leakers that they must not disclose information about unreleased...
Read Full Article • 202 comments

Thursday September 29, 2022 12:38 pm PDT by Juli Clover
Tony Blevins, Apple's vice president of procurement, is set to depart the company after he made a crude comment about his profession in a recent TikTok video, reports Bloomberg. Blevins was in a video by TikTok creator Daniel Mac, who was doing a series on the jobs of people he spotted with expensive cars. After seeing Blevins in an expensive Mercedes-Benz SLR McLaren, Mac asked Blevins what ...
Read Full Article • 453 comments