Apple's new AirPods Max headphones are not equipped with a U1 chip for Ultra Wideband, according to Apple's tech specs, and confirmed by MacRumors. (This chip is not to be confused with the H1 audio chip in each of the AirPod Max's ear cups.) 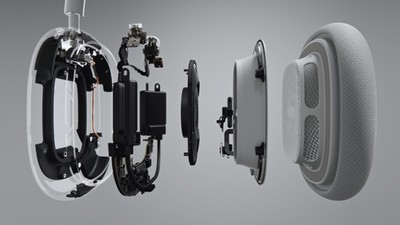 First introduced in iPhone 11 models last year, the U1 chip enables improved spatial awareness. The distance between two devices that support Ultra Wideband can be measured precisely by calculating the time that it takes for a radio wave to pass between them, with much more accuracy than Bluetooth LE and Wi-Fi.

Apple's rollout of the U1 chip has been inconsistent, with all iPhone 11 and iPhone 12 models, Apple Watch Series 6 models, and the HomePod mini equipped with the chip, but not the second-generation iPhone SE, Apple Watch SE, or the latest iPad, iPad Air, and iPad Pro models. Apple has also yet to release a Mac with Ultra Wideband support.

Apple's use of Ultra Wideband technology has been limited so far, such as a directional AirDrop feature in iOS 13 and later, but the company has promised more exciting use cases in the future. One of those use cases will likely be its long-rumored AirTags items trackers, which analyst Ming-Chi Kuo has previously said will support Ultra Wideband, which should allow users to locate their lost items with greater accuracy.

Multiple leakers had suggested the AirPods Max (which were dubbed AirPods Studio in rumors) would be equipped with the U1 chip, including Jon Prosser.

I don't see why it should.

i think the idea is that apple is using the U1 as the future direction of all apple products to be able to be "located" in space both on a macro scale (like "find my" even away from wifi) as well as in the micro (where in the room are they buried). moving forward many expected nearly all apple devices to have it and then the future "AirTags" would allow you to expand the functionality to non-Apple products. to have a $550 headset without it just seems strange...
Score: 44 Votes (Like | Disagree)

totom_
It was probably not possible to include it given the cheap price these headphones are sold for. Apple needs to make a profit after all.
Score: 43 Votes (Like | Disagree)

SamGabbay
Thats it. I'm returning it.
Score: 36 Votes (Like | Disagree)

Pakaku
Maybe it contains a new U2 chip, not to be confused with a new U2 album
Score: 34 Votes (Like | Disagree)

TracesOfArsenic
That'll be in v2 next year when you pony up again.
Score: 27 Votes (Like | Disagree)

ouimetnick
Can’t lose them if you don’t have them?
Score: 23 Votes (Like | Disagree)
Read All Comments