Apple's "Spring Loaded" media event this week was certainly loaded with announcements, headlined by colorful all-new iMac models, AirTags item trackers, and a new M1-powered iPad Pro, but there were lots of other announcements during the jam-packed event. 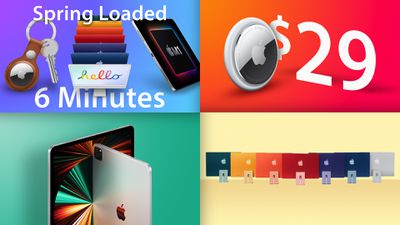 We also saw an updated Apple TV 4K set-top box with an all-new remote, a new purple color option for the iPhone 12 and 12 mini, new podcast subscriptions, and an Apple Card Family feature, just to name a few, so read on for all of the details from a busy week!

Everything Announced at Apple's Spring Event in Just 6 Minutes

We've condensed Apple's fast-paced, one-hour presentation into a six-minute video that recaps all of the major announcements, or the event can be replayed in its entirety on YouTube or on Apple's website. Check out our full April 2021 event coverage as well.

Subscribe to the MacRumors YouTube channel for more videos.
Apple also announced that iOS 14.5, iPadOS 14.5, and tvOS 14.5 will be available starting "next week." The software updates are packed with new features, including the ability for iPhone users who are wearing an Apple Watch to unlock the iPhone with Face ID while wearing a mask. iOS 14.5 is also the minimum software version required for the AirTag.

We've recapped other news from the Apple Event in the stories below.

For the first time in over a decade, the iMac has received a substantial redesign. The new iMac is just 11.5mm thick and will be available in up to seven vibrant colors depending on the configuration, including green, yellow, orange, pink, purple, blue, and silver.

Powered by Apple's custom M1 chip with an 8-core CPU and up to an 8-core GPU, the new iMac can be configured with up to 16GB of unified memory and up to 2TB of SSD storage. There's also a minimum of two combo Thunderbolt 3/USB 4 ports, with an additional two USB 3 ports on higher-end models. The headphone jack has been repositioned to the side of the computer.

The new iMac will be available to order on Apple.com starting Friday, April 30, and it will begin arriving to customers in the second half of May. Pricing starts at $1,299 in the United States. Apple also continues to sell an Intel-based 27-inch iMac, which was released in August 2020.

Following just over two years of rumors, the AirTag is finally an official product. The small Tile-like accessory lets you easily track things like your keys, wallet, purse, backpack, luggage, and more in the Find My app on iPhone, iPad, and Mac.

AirTag is equipped with the Apple-designed U1 chip using Ultra Wideband technology, enabling Precision Finding for iPhone 11 and iPhone 12 users. This technology can more accurately determine the distance and direction to a lost AirTag when it is in range.

AirTags have a white side and a polished stainless steel side, with IP67-rated water and dust resistance. Apple says the AirTag is designed for over a year's worth of battery life with everyday use, and it uses a widely available CR2032 watch battery that is user-replaceable.

AirTag is designed with privacy and security in mind, with no location data or location history physically stored inside the AirTag and built-in features that discourage unwanted tracking, according to Apple.

AirTags can be purchased individually for $29 each or in a four-pack for $99, and they went on sale on Friday, April 23 ahead of an April 30 launch. Shipping dates through Apple quickly began to slip, however, so you may want to also look at third-party retailers.

Following months of rumors, a new iPad Pro is finally here, and it's powered by the same M1 chip as the latest Macs for up to 50 percent faster performance than the A12Z chip in the previous iPad Pro.

Exclusive to the new 12.9-inch iPad Pro is an all-new Liquid Retina XDR display, with up to 1,000 nits of full-screen brightness, up to 1,600 nits of peak brightness, and a 1,000,000:1 contrast ratio. The display uses mini-LED backlighting with over 10,000 LEDs to deliver true-to-life HDR content.

The new iPad Pro is available with up to 2TB of storage, which is double the previous limit, and up to 16GB of RAM.

Pricing starts at $799 for the new 11-inch iPad Pro, while the new 12.9-inch model with the XDR display starts at $1,099. Orders begin Friday, April 30, with availability in the second half of May.

Apple has also made the Magic Keyboard for iPad Pro available in a white color. Current 12.9-inch iPad Pro users who own a Magic Keyboard should be aware that the new model is officially not compatible with last year's Magic Keyboard model due to the increase in thickness of the device.

The Apple TV 4K received a spec bump this week, with the updated model sporting a faster A12 chip that enables high frame rate HDR and Dolby Vision video.

There's also a completely redesigned Siri Remote with a physical clickpad that offers five-way navigation, and the clickpad is touch enabled for users who prefer to navigate tvOS with swipe gestures. The remote also has power and mute buttons for a TV, while the Siri button has been moved to the right side of the remote, consistent with modern iPhones.

Apple TV is also getting a new Color Balance feature. Starting with tvOS 14.5 and iOS 14.5, users will be able to hold an iPhone with Face ID near their TV and the front-facing camera and ambient light sensor will begin color measurements and automatically tailor the Apple TV's video output to deliver more accurate colors and improved contrast. Apple says this process will result in improved picture quality without adjusting the TV's settings.

The new Apple TV 4K can be ordered beginning Friday, April 30, with availability beginning in the second half of May. The new Siri Remote is included in the box, and it will also be sold separately for $59 for use with any Apple TV 4K or Apple TV HD model released in 2015 or later.

The iPhone 12 and iPhone 12 mini are now available to order in a new purple color, with the first orders arriving on April 30.

Another smaller announcement at this week's Apple Event was the introduction of Apple Podcast subscriptions, allowing users to unlock additional podcast benefits such as ad-free listening, access to additional content, and early or exclusive access to new series, with pricing starting as low as 49 cents per month.

There's also a new Apple Card Family feature that will be available in May, allowing spouses to share accounts and build credit together, and enabling families with members over thirteen years old to share a single ‌Apple Card‌. Apple's credit card remains limited to the United States.

It’s depressing to see Apple reduced to making … iMacs that look like something from Fisher Price. Very sad. 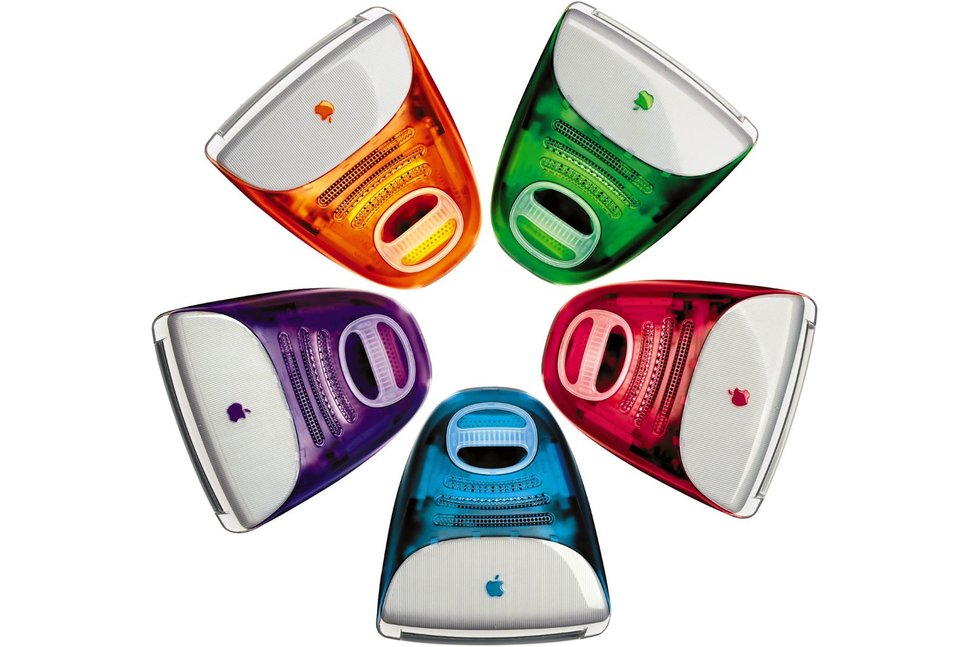 Indeed. And let’s not forget these babies. 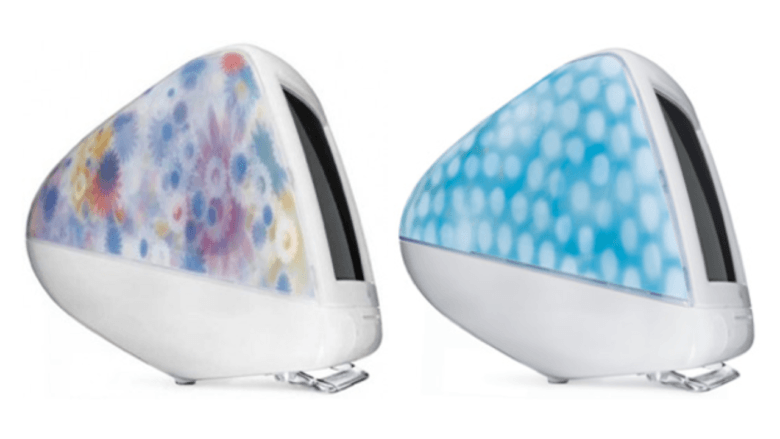 andrefillipe
Can’t wait for the iMac (pro) in december with dark colors, M1X/M2 and + than 16gb ram
Score: 4 Votes (Like | Disagree)

reyesmac
Last year $1,700 on an iMac took you past the 21in models and closer to the high end 27in model with all its ports, gpu, increased speed and capability that isnt in the M1 models.
Now it just gets you more hard drive space and an Ethernet jack over the base model. Now THATS how you do an across the board price hike. I’m sure their shareholders will be twirling their mustaches extra hard this month.
Score: 3 Votes (Like | Disagree)

I am over those iMacs ?, moving right along! Come on Apple!

I’m buying one in every color
Score: 3 Votes (Like | Disagree)
Read All Comments