Since their launch in 2016, Apple's AirPods have become wildly popular and are an oft-gifted item. In 2019, Apple released AirPods Pro, and this year the company debuted a pair of over-ear headphones called AirPods Max, offering more choice for consumers this holiday season.

If you received AirPods, AirPods Pro, or AirPods Max as a gift, make sure to take a look through all of the how tos in this guide, because there are plenty of tips and tricks worth knowing. 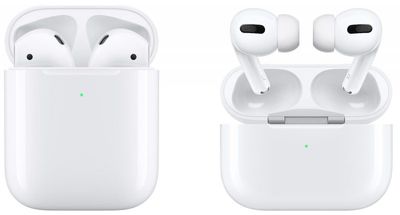 Just for the AirPods Pro

Just for the AirPods Max

Know a super useful ‌iPhone‌ tip that other MacRumors readers might not be aware of? Make sure to share it in the comments below.

For more info on Apple's latest iPhones, and the ‌iOS 14‌ operating system, make sure to check out our detailed roundups: AirPods 2, AirPods Pro, and AirPods Max.

mac_in_tosh
Come on people, aren't things getting a bit out of hand when earphones have such complexity? Oh for the good old days when all you had to do to hear music was plug earphones into a jack.
Score: 12 Votes (Like | Disagree)

Come on people, aren't things getting a bit out of hand when earphones have such complexity? Oh for the good old days when all you had to do to hear music was plug earphones into a jack.

Well, this isn’t on Apple really. It’s just Macrumors making article bait as they expect a lot of new AirPod-owners because of the season. It is really not a hassle for most users (bar if you’re unlucky, get a dud and actually have to troubleshoot something). You open the package, the phone/pad offers to automatically pair them to your account, and you’re set.
Score: 6 Votes (Like | Disagree)

Come on people, aren't things getting a bit out of hand when earphones have such complexity? Oh for the good old days when all you had to do to hear music was plug earphones into a jack.

AirPods are literally easier to use than corded headphones because you don’t have to spend any time untangling wires and staying tethered to your device.

“The good old days” are never actually that good in comparison. It’s only people living in the past who say that.
Score: 3 Votes (Like | Disagree)

That's great to know, but if it was as simple as that, then why would there even been the need for the massive amount of guides at the top of this article?

I use some old wired ones with an old phone at work.
I plug them in the phone, press them in my ears and they work.
There are no articles needed.

There’s zero need for any of the guides in this article. There’s an intro to the AirPods as soon as you set them up and the intro isn’t very long. There is nothing complex about them.
Score: 1 Votes (Like | Disagree)
Read All Comments