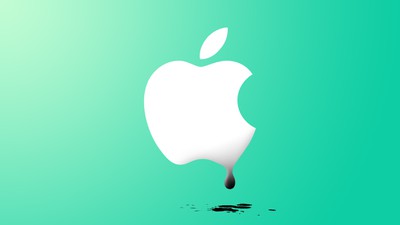 The highly reliable Apple leaker known as "Kang" and a number of other leakers have reportedly received warning letters from lawyers representing Apple. According to posts on Kang's Weibo account, the letter cautioned leakers that they must not disclose information about unreleased Apple projects because it may give Apple's competitors valuable information and "mislead customers, because what is disclosed may not be accurate."

Apple apparently grabbed screenshots of Kang's Weibo as evidence, but he explained that since "I have never published undisclosed product pictures" or sold his information, Apple must take exception to "riddles and dreams" about its undisclosed projects. Apple leaks vaguely characterized as "dreams" have been popularized in recent years by leakers such as "L0vetodream," providing some insiders with a fun mechanism to hint at Apple's future plans without giving too much away.

Apple appears to have sent similar letters to other leakers and product renderers, such as "CConceptCreator," who made leaker Jon Prosser's accurate renders of AirPods Max before they were released. He said he was hit with a stern warning from Apple. Leaker and concept artist Ben Geskin also recently said that he received a similar letter.

Email from Apple lawyers with court and fines threats. Negotiations, calls, meeting, my denial of guilt with evidence - they don't care. It took a month. After all, the signing of the agreement, deleting posts that Apple doesn’t like, and the end of my Apple activity. — Ben Geskin (@BenGeskin) June 25, 2021

Moreover, earlier this year Apple filed a lawsuit against Simon Lancaster, a former employee who allegedly used his position within the company to steal "sensitive trade secret information" from Apple that was then leaked to a journalist and published in rumor articles.

Given the large number of recent product leaks from the likes of Kang, it seems that Apple is attempting to maintain its infamous level of secrecy by cracking down on leakers and accurate product renders.

Thursday July 29, 2021 6:59 am PDT by Hartley Charlton
Apple warned leakers that sharing information about unreleased products could mislead third-party accessory makers and disappoint customers, in cease and desist letters sent by legal firms representing the company. Vice today highlighted that, in an extensive letter sent to a leaker based in China, Apple warned that leaks could give third-party accessory makers the wrong dimensions and...
Read Full Article • 49 comments

Jon Prosser on iPhone 14: No Notch, No Camera Bump, Titanium Design, and More

Monday August 30, 2021 2:24 am PDT by Hartley Charlton
The upcoming sixth-generation iPad mini will feature a surprising design change, according to recently shared images of a purported aluminum cutout of the device. The images of the aluminum cutout originated from the website techordo.com in collaboration with a leaker named "xleaks7", whose track record for accurate leaks is not well established. Although the aluminum cutout shows a...
Read Full Article

Saturday July 31, 2021 6:00 am PDT by MacRumors Staff
This week saw an interesting range of Apple news and rumors, including a blockbuster earnings report, rumors about next year's "iPhone 14" and Face ID coming to Macs, and more. Subscribe to the MacRumors YouTube channel for more videos. Other popular topics included Apple's crackdown on leaks, changes in the latest round of betas for iOS 15, iPadOS 15, and macOS Monterey, and several stories...
Read Full Article • 59 comments