Apple today seeded the seventh betas of upcoming iOS 14.5 and iPadOS 14.5 updates to developers for testing purposes, with the new beta updates coming one week after Apple released the sixth iOS and iPadOS 14.5 betas. 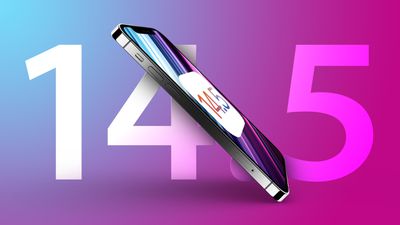 There are two new ‌Siri‌ voices in iOS 14.5, and ‌Siri‌ is no longer female by default in the United States, with users instead able to select their preferred Siri voice at setup.

Apple has made design tweaks to the Apple News and Podcasts apps, plus there are new print and sort options in Reminders. There are new settings for emergency alerts, a horizontal loading screen on the ‌iPad‌, and tons of other smaller feature tweaks that are outlined in our full iOS 14.5 features guide, which we've been keeping updated throughout the testing process.

DinkThifferent
Okay folks, what do we want? Another beta followed by a stable release, or a quicker release followed by a tsunami of complaints on this forum WhY ApPlE dInD'T tEsT tHiS fUrtHeR bEfoRe RelEaSinG iT
Score: 28 Votes (Like | Disagree)

Havalo
We will be on COVID-22 variant by the time it is released.
Score: 22 Votes (Like | Disagree)