When Is iOS 13 Public Release Coming? [Update: It's Out!]

Announced in June at this year's Worldwide Developers Conference, iOS 13 and iPadOS are Apple's next-generation operating systems for iPhones and iPads, and promise one of the biggest overhauls of Apple's mobile operating system in recent years. 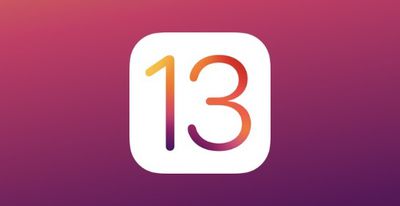 During its WWDC keynote, Apple showcased numerous new features and improvements coming with iOS 13, including a systemwide Dark Mode, new photo and camera capabilities, enhanced privacy settings including a secure login option for apps called Sign In with Apple, a redesigned Reminders app, new Apple Maps features like street-level view, and much more.

The company also unveiled iPadOS – a software update specially designed for iPads with larger displays. iPadOS will incorporate several features that recognize the tablet's function as a potential computer replacement, including a new Home screen, an updated Split View to enhance multitasking, improved Apple Pencil support, and additional keyboard shortcuts for use with physical keyboards.

Immediately after the keynote, Apple released beta versions of the new software to developers, and the company began providing publicly available beta versions in late June after some early bugs were fixed. Apple initially announced that it would officially release iOS 13 to the public as a free software update "in the fall" following the traditional beta testing period

At its September 10 event where it unveiled the iPhone 11 and 11 Pro, Apple announced that it would be releasing iOS and iPadOS 13 in stages. The first release came on Thursday, September 19 with iOS 13 for ‌iPhone‌ and iPod touch.

The second wave of releases occurred on September 24, when Apple launched iOS 13.1 with several features held back from the initial release. iPadOS was made available on the same day.

For further details on all the new features for iPhones and iPads in iOS 13, be sure to check out our dedicated iOS 13 and iPadOS roundups.

5 hours ago by Tim Hardwick