Following the conclusion of today's keynote event where Apple introduced new versions of iOS, macOS, watchOS, and tvOS, Apple has made the first beta of iOS 13 available to developers for testing purposes. 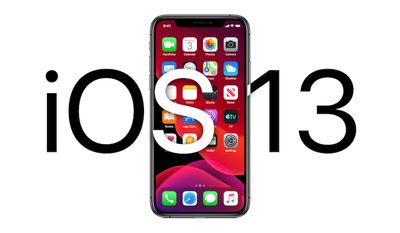 Registered developers can download the initial iOS 13 and iPadOS betas from Apple's Developer Center using iTunes. After that, subsequent betas should be available over the air.

Like all major updates introduced at WWDC, iOS 13 is a major overhaul to the iOS operating system. There's a long-awaited Dark Mode feature available for the first time, fulfilling the wishes of many iPhone and ‌iPad‌ users.

The Photos app features an updated layout with better curation of various photo moments throughout the years, with more intelligent organization and revamped, enhanced editing tools. There's a new swipe-based keyboard option, and Portrait Lighting adjustments can now be made right in the Camera app. You can also move light closer or further away to adjust the way your photos look. There's a new Find My app for finding your ‌iPhone‌ or Mac even when there's no WiFi or Cellular collection.

You can use your Apple ID to authenticate your login, and developers will be provided with a unique, random ID. You can even keep your email address private by using a randomized email address generated by Apple, and logins can all be authenticated using ‌Face ID‌ or Touch ID.

An updated Maps experience brings broader road coverage, new pedestrian data, more precise addresses, and more detailed landcover. Updated maps are available in select cities and states and will roll out across the U.S. by the end of 2019.

Apple is added a new street view feature called "Look Around" that lets you see street-level imagery of a city. The Maps app is also gaining Collections for sharing favorite restaurants or travel destinations with friends, and a Favorites section for navigating to frequent destinations.

Updates have been made to Reminders, with the app getting a total overhaul to make it more useful, and Messages now offers Profile photos and Animoji/Memoji stickers. There are also tons of new Memoji accessory packs. Siri features a new, more natural voice, and ‌Siri‌ Shortcuts now offers up Suggested Automations to make it easier and more personalized than ever.

CarPlay has an updated dashboard view, and on the HomePod, there's a new feature that lets it distinguish between voices so each person in the home can access their own music. Live Radio is now supported through ‌Siri‌, and a Handoff feature lets you swap music from ‌iPhone‌ to ‌HomePod‌ with ease.

Notes has a new Gallery View, Text Editing is better than ever with new gestures for scrolling, text selection, and more, and the Files app also now supports external storage devices like SD cards and USB drives.

Only registered developers are able to download the iOS 13 beta at this time. As Apple has done in the past, a public beta for public beta testers will be provided in July after the software has gone through a couple rounds of developer testing.

Beta testing for iOS 13 will last for several months as Apple fixes bugs and refines new features. The update will see a public launch in September 2019 alongside new iPhones.

Oh please, let's not have the Beta Police thing again like we do every year
Score: 31 Votes (Like | Disagree)

No listed device compatibility yet! So maybe someone with dev dl access can list which devices are supported if it's all iOS12 supported devices or only a subset..

JohnnyApple$eed
* My iPhoneX gets stolen this past Saturday, and went offline immediately.

* I buy a new iPhoneX yesterday, and today a new offilne locator is announced in iOS13.
* FML

You know why. People are excited to try the new features.
Score: 12 Votes (Like | Disagree)