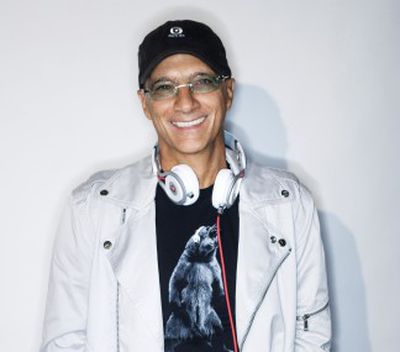 Apple is rumored to be purchasing Beats Electronics, with an announcement of the acquisition coming at any moment. The deal is said to include the company's headphone business, its Beats Music subscription service, and two key executives -- Beats co-founders Jimmy Iovine and Dr. Dre, aka Andre Young.

Several reports have suggested that Apple's major motivation behind the purchase might be the acquihire of Jimmy Iovine, who has strong ties to the music industry thanks to his role as chairman of Interscope Geffen A&M and founder of Interscope Records.

Walter Isaacson, the man behind the famous Steve Jobs biography, is also speculating that Iovine is one of the main reasons Apple has decided to purchase Beats. In a discussion with Billboard, Isaacson suggested Cook is aiming to have Iovine head up the company's content business, securing music and TV deals that will help Apple launch its much-rumored television product.

Isaacson thinks the Apple-Beats deal is not about headphones or streaming music but rather is about video. He speculates that Cook wants Iovine to run Apple's content business and help Apple launch the TV product that analysts have been gossiping about for years. The product has been held up because Apple can't get all the content owners on board.

Iovine has a long history of working with Apple to help the company sign key deals. In 2002, he helped Steve Jobs secure deals with music labels for the iTunes Store and in 2004, he helped persuade U2 to sign a deal with Apple to create the popular U2 special edition iPod.

Looking back at notes he took when writing the Jobs biography, Isaacson noted that Iovine had wanted Apple to acquire Universal Music Group back in 2003, and during that year, there were rumors suggesting Apple was in talks to buy the record company. At the time, Iovine was leading Interscope Geffen A&M, a division of Universal.

For years now, Apple has been working on signing deals with major content providers with the aim of revolutionizing the television industry, but content providers have been reluctant to commit to an agreement that could interrupt traditional revenue streams. Iovine's many connections in the music industry and his history of helping Apple win key deals could be instrumental in a wider content role with the company.

Maybe Iovine has the charisma and connections to round up the networks the way he did the music labels in 2002, although "it's a lot more complicated" this time around, says Isaacson. His track record of success in marrying content and tech gives that theory some weight.

Recent rumors have suggested that both Iovine and Dr. Dre could make their first appearances as Apple executives during the company's Worldwide Developers Conference, set to kick off on June 2.

proline
For someone with intimate access to Steve Jobs, it never ceases to amaze me how little insight Isaacson has into Apple.
Score: 24 Votes (Like | Disagree)

blucrew100
interesting. but why not just purchase netflix..

Someone's gotta tell Isaacson that writing a biography on Jobs doesn't automatically make one an expert on all things Apple.


Neither does reading a blog or being a fan of apple. Should give the guy who spent a large amount of time talking with Steve Jobs a little credit.
Score: 18 Votes (Like | Disagree)

DipDog3
That is one expensive acquihire. Even Steve Jobs didn't cost that much.
Score: 16 Votes (Like | Disagree)

polterbyte
Someone's gotta tell Isaacson that writing a biography on Jobs doesn't automatically make one an expert on all things Apple.

Z400Racer37
All the content on TV sucks anyways... I don't understand for the life of me why they don't just do a version of YouTube that doesn't totally suck, integrate it into their content creation software, and let people put out the awesome content themselves.

Major news networks are all losing ratings, and it's because they produce garbage. The stuff on YouTube is way more intelligent, and the producers aren't worried about advertising revenue, so you're not plagued with commercials every 5 dang minutes, and you can actually engage in a deep and intelligent conversation with people, unlike on the major networks, where your thoughts need to be reduced to 5 second spats, and any disagreement goes largely unsettled.

I haven't watched TV in months. I don't miss it one bit. And I'm pretty tired of the excuses for why they can't launch this TV yet... C'mon Apple...
Score: 8 Votes (Like | Disagree)