Amid all the online chatter about Apple Card, you may have come across references to the "arbitration clause" in Apple's agreement, and how you should opt out of it if you intend to apply for the credit card. So what is arbitration, and why should you steer clear of it? 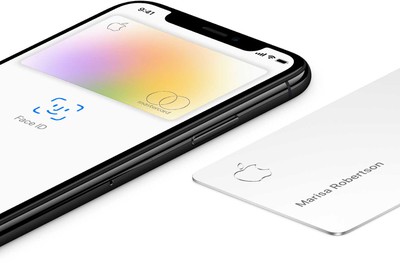 Basically, arbitration is a way to resolve legal disputes between two parties (in this case, between you and Goldman Sachs, which backs ‌Apple Card‌) without going through the courts.

Arbitration is often touted as being a quicker and less expensive way to resolve disputes. The problem is that arbitration often favors the company over the consumer, because the arbitrator(s) is typically chosen by the company, handing them an unfair advantage.

When you agree to ‌Apple Card‌'s terms and conditions, you are agreeing to forced arbitration to resolve any potential disputes between you and Goldman Sachs. In other words, you're waiving the right to individually sue the bank or be part of a class action lawsuit against the company.

The key passage in the ‌Apple Card‌ terms and conditions is as follows:

By accepting this Agreement or using your Account, unless you reject arbitration as provided below, you acknowledge that you are giving up the right to litigate claims (as defined below) and the right to initiate or participate in a class action. You hereby knowingly and voluntarily waive the right to be heard in court or have a jury trial on all Claims subject to this Agreement.

At the time of writing, Apple doesn't seem to be providing confirmation when you opt out of arbitration via the Message route, so the best advice for now is to take screenshots of your conversation for safekeeping, just in case.

I could be wrong, but I’m pretty sure this is more of a Goldman Sachs thing than an Apple one. I got my Apple Card, but I definitely DO NOT trust Goldman Sachs. Their reputation is one of corruption and shady dealings.
Score: 11 Votes (Like | Disagree)

So Macrumors is suggesting that the consumer is better off fighting issues with a lawyer than going through arbitration, correct? You don’t think Goldman Sachs will have a high-powered lawyer when they are getting sued? Would love to know whose opinion this is that arbitration is bad for the consumer? Other than a lawyer

Macrumors is simply reporting that the consumer has options and how to implement those options.
Score: 10 Votes (Like | Disagree)

I definitely DO NOT trust Goldman Sachs. Their reputation is one of corruption and shady dealings.

Don't support corruption and shady dealings? Vote with your wallet.

I got my Apple Card, but

So Macrumors is suggesting that the consumer is better off fighting issues with a lawyer than going through arbitration, correct? You don’t think Goldman Sachs will have a high-powered lawyer when they are getting sued? Would love to know whose opinion this is that arbitration is bad for the consumer? Other than a lawyer

You are reserving your right to sue but that doesn’t mean you can’t still go into arbitration. There’s really no reason not to opt out.
Score: 8 Votes (Like | Disagree)

biting-mammal
America is such a litigious country *SMH*
Score: 7 Votes (Like | Disagree)

tothemoonsands
I used this as an opportunity to try out message support, and WOW, this is the future of all support. Seriously, it is extremely exciting to see such an improvement in customer service. It is down right revolutionary. Gone are the days of waiting on hold via telephone or waiting days for an email response. This is near instant support, presumably aided by some level of automation/AI but still with the human touch as well. Brilliant. And this is why Apple Card is already my favorite credit card.
Score: 6 Votes (Like | Disagree)
Read All Comments

Saturday April 17, 2021 4:43 am PDT by Sami Fathi
Reliable leaker known as l0vetodream has hinted that Apple may debut its rumored redesigned and colorful iMac at its "Spring Loaded" event on Tuesday, April 20. In a tweet, the leaker posted an image of Apple's logo used for marketing the upcoming event and an image of the retro rainbow Apple logo alongside the colorful lineup of G3 iMacs. Apple leaker Jon Prosser previously reported that...
Read Full Article • 213 comments

Thursday April 15, 2021 1:30 am PDT by Sami Fathi
Bloomberg's highly-respected Mark Gurman says that he expects nothing "particularly innovative" or "extraordinary" to launch at Apple's "Spring Loaded" event next week, Tuesday, April 20. Gurman made the remarks during an interview for Bloomberg Technology, in which he reaffirmed that Apple will launch a new 11-inch and 12.9-inch iPad Pro, with the higher-end model featuring a brand new...
Read Full Article • 219 comments