Apple CEO Tim Cook will participate in an antitrust hearing held by the House Judiciary Antitrust Subcommittee on Monday, July 27 at 12:00 p.m. Eastern Time, the Judiciary Committee announced today. The hearing is part of an ongoing U.S. antitrust investigation that involves competition in digital markets. 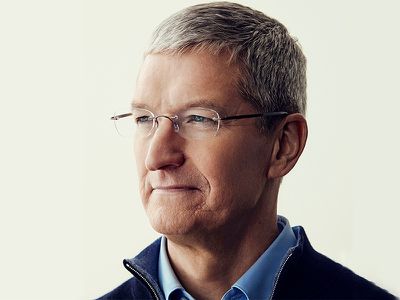 The hearing, labeled "Online Platforms and Market Power, Part 6: Examining the Dominance of Amazon, Facebook, Google and Apple," will also include Amazon CEO Jeff Bezos, Alphabet/Google CEO Sundar Pichai, and Facebook CEO Mark Zuckerberg. There will be a live stream of the questioning available on YouTube.

Since the antitrust investigation launched last year, the House Judiciary Antitrust Subcommittee has been investigating tech companies. Apple's App Store policies have been under scrutiny, and Apple has been questioned about the removal of certain apps, how search ranking results are determined, how the in-app purchase mechanism works, whether apps are allowed include in-app links to non-Apple payment systems, and Apple's policies on setting non-Apple apps as default.

Ahead of the hearing the committee has been soliciting opinions from ‌App Store‌ developers and there has been a recent focus on the 30 percent cut that Apple takes from in-app subscription purchases. Cook is likely to be questioned about Apple's ‌App Store‌ policies, including the subscription-based rules that have recently made headlines.

In a statement, House Judiciary Committee Chairman Jerrold Nadler and Antitrust Subcommittee Chairman David Cicilline said that it is essential to hear testimony from the CEOs of the four tech companies in the antitrust investigation.

"Since last June, the Subcommittee has been investigating the dominance of a small number of digital platforms and the adequacy of existing antitrust laws and enforcement. Given the central role these corporations play in the lives of the American people, it is critical that their CEOs are forthcoming. As we have said from the start, their testimony is essential for us to complete this investigation."

The investigation into Apple's ‌‌App Store‌‌ practices is in the early stages as the Justice Department is focusing resources on a separate investigation into Google's dominance in digital advertising, but the committee's goal with the hearing is to generate a report with recommendations on legislative action.

App Store complaints are completely overblown. You want a healthy App Store? Pay up the 30%. I would have never made this much money for an app I made in a couple of weeks had Apple not invested billions into developer tools and the App Store.

I would totally agree if they were applying the rule fairly, but they aren't. They pick and choose who is exempt, like Netflix.
Score: 20 Votes (Like | Disagree)

App Store complaints are completely overblown. You want a healthy App Store? Pay up the 30%. I would have never made this much money for an app I made in a couple of weeks had Apple not invested billions into developer tools and the App Store.

So none of the $1000 iPhone or iPad Pro goes towards the App Store? The only thing that sustains it is Apple taking 30% of someone else’s revenues? Then why do they allow freemium apps in the store? My mother has a phone full of games and other apps she didn’t spend one cent on. And why do they allow Netflix, Spotify and others to get around paying 30% (or 15%)? I just re-installed my SiriusXM app today and you can’t do anything in the app unless you’re a subscriber and there is no option to subscribe in app. All you get when you launch the app is a login screen. So I guess Apple is A-OK with Sirius not paying up and having an app that doesn’t function unless you’re a subscriber?

I would totally agree if they were applying the rule fairly, but they aren't. They pick and choose who is exempt, like Netflix.

And don’t forget all the “free” apps which are the majority in the App Store. I pay to get rid of ads so Apple gets a cut of that but I’ll bet a lot of people don’t. Especially if the price to remove ads is more than $1.99.
Score: 7 Votes (Like | Disagree)

You give septuagenarian politicians a LOT of credit. This is a generation that can't figure out how to delete an app off their phone.
Score: 6 Votes (Like | Disagree)

$1000 pays for several years of major operating system updates. Those updates include developer APIs. But they're no where close to what the App Store pays for.

Keep in mind, the iPhone SE is only $399 that includes ~5 years of operating system updates.

Same with Slack. Same with Dropbox. If you want to make a Netflix/Slack/Dropbox/SiriusXM/Spotify competitor, you too can be exempt. Those apps are considered exempt categories listed in the guidelines.

Steve Jobs literally said on stage that Apple pays out of their pocket to host 100% free apps because both developers and Apple have the same goal: deliver as many apps as they can to the iPhone which appeals a lot of customers into buying iPhones.

You haven’t explained why it’s OK for companies like Netflix to pay Apple nothing. Or how an App Store mostly full of freemium apps jives with: ”You want a healthy App Store? Pay up the 30%.”.

I get why free apps exist. Apple knows most people won’t pay for apps and Apple wants an App Store with a huge quantity of apps they can brag about. And I get why Apple created a loophole for companies it competes with. Apple needs Netflix and Spotify more than they need Apple. Plus it keeps regulators at bay. But don’t anyone say the 30% is still justified because we all know it’s not. And Apple has shown it will reduce or cut it out all together if it’s in their business interest to do so. Also, I can’t think of one app on my iPhone or iPad that I downloaded because Apple promoted it. Ben Thompson calls Apple’s 30% cut “rent seeking” and he’s absolutely right. The biggest component of services revenue is App Store. And I’ll bet the biggest component of App Store is the IAP people pay to get rid of adds or do things in games. Is that something you would call insanely great?
Score: 6 Votes (Like | Disagree)
Read All Comments