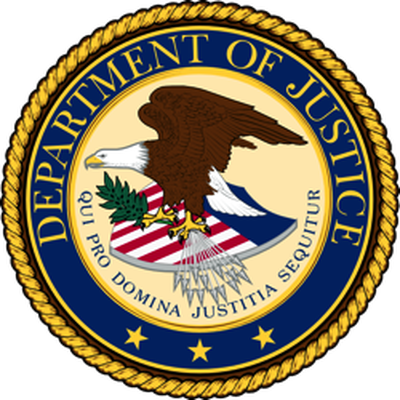 The United States Department of Justice is continuing with its antitrust investigation into Apple and has recently reached out to developers who create apps for Apple's iOS devices, reports Reuters.

Suren Ramasubbu, CEO of app development company Mobicip, was interviewed by a U.S. investigator in November and questioned about Mobicip's interactions with Apple. Mobicip makes parental control software that parents can use to monitor and control what their children are doing online, similar to Screen Time.

The app was temporarily removed last year for a failure to meet App Store requirements put in place by Apple, which is why its CEO was contacted. A "handful" of developers are said to have been in touch with the Justice Department.

Apple declined to comment on the news of the interview with Mobicip's CEO, but highlighted a statement on its website that says that Apple expects apps to adhere to a "high standard for privacy, security, and content."

Apple, along with Facebook, Google, and Amazon, is facing a government query into whether the way it operates stifles competition. Launched in July, the probe is examining information from industry participants to determine whether there are antitrust problems that need to be addressed, but when it kicked off, it had no specific aim.

Apple has been accused of anticompetitive business practices when it comes to the ‌App Store‌, as some developers and companies believe that Apple's own apps, features, and services have a significant advantage over third-party apps. Investigating claims from third-party companies who operate on the ‌App Store‌ appears to be the first part of the Department of Justice's investigation into Apple.

Screen Time, which was introduced in 2018 with iOS 12, has led to disputes with developers who make similar software. Screen Time offers parents built-in controls for limiting access to apps and monitoring app usage, a set of options previously handled by third-party apps.

When Screen Time came out, Ramasubbu was told by Apple that the Mobicip app violated ‌App Store‌ rules with features that had been allowed in the past. The app was eliminated from the ‌App Store‌ for approximately six months and has been available since October 2019, but Ramasubbu believes his business has shrunk in half.

According to Reuters, six other executives from companies that create parental control apps had a "comfortable" relationship with Apple until mid-2018 when Screen Time came out.

Apple said that it was cracking down on parental control apps because they were using Mobile Device Management (MDM) technology for device monitoring, which is not what MDM was designed for.

Apple has faced other accusations over its ‌App Store‌ apps, including complaints from Spotify that Apple Music has a distinct advantage because Spotify has to pay Apple a portion of its subscription fees. Spotify's complaints have led to an investigation of Apple's ‌App Store‌ policies by the European Commission.

Apple is also facing a lawsuit over its anticompetitive ‌App Store‌ business policies related to ‌App Store‌ fees taken for subscriptions, which has been allowed to proceed by the Supreme Court.

It's not clear how the Department of Justice's antitrust investigation will go, but it's clear the government is looking into Apple's ‌App Store‌ practices. Apple in September was asked to provide the U.S. House Judiciary Committee with details related to its policies for the ‌App Store‌, with a specific focus on parental control apps, search rankings, in-app purchase revenue split, in-app links to non-Apple payment systems, and more.

Their reason for pulling it was total BS !

They said it didn't have sufficient value.

In fact, earlier versions of Timmy were partly responsible for why Apple decided to Stop Reporting iPhone Unit Sales at their Quarterly Earnings Releases !

Timmy's estimates were very-likely getting too close for comfort for Cook !

We asked for a public debate with Tim Cook on the app.

Apple never got back to us on that !
Score: 12 Votes (Like | Disagree)

firewood
The Justice department really needs to investigate the removal of social network and communication apps catering to those Apple customers whose social and political views could differ significantly from those of Cook and others on Apple's board.
Score: 8 Votes (Like | Disagree)

I would use only them, glad they included it with iOS and Mac

I think you missed the point, Microsoft got fined over including internet Explorer, so why not Apple...

There's a whole story to it, not going into it here.
Score: 7 Votes (Like | Disagree)

Wanted797
Weren’t most these parental control apps taking and selling data about minors and got unhappy when Apple said no?
Score: 4 Votes (Like | Disagree)

some developers and companies believe that Apple's own apps, features, and services have a significant advantage over third-party apps.

The developers and companies believe it because it's true. Apple's own stuff does have advantages over third-parties'. The way MacRumors presents this is as though it's an opinion; it's not, it's fact. Whether it's right or wrong is another matter.

because they were using Mobile Device Management (MDM) technology for device monitoring, which is not what MDM was designed for.

Imagine using mobile device management to, you know, manage a device. Of course I get what Apple's saying, and I understand that some third parties were exploiting this, but Apple's approach to these situations is far too heavy handed. They give Facebook a free pass time and time again but indie developers get nothing of the sort.
Score: 3 Votes (Like | Disagree)

EvilEvil
Apple should be investigated for including Safari with MacOS and iOS ?
Score: 3 Votes (Like | Disagree)
Read All Comments