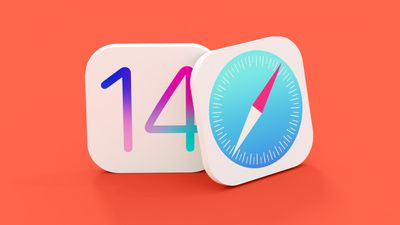 Bloomberg reporter Mark Gurman rounded up the new features in development in a tweet, while making it clear that there was no guarantee that they would be revealed at this week's WWDC.

Rumors of new Safari features have been trickling out ever since a leaked version of iOS 14 began circulating earlier this year. Notable among those rumors, Apple is said to be adding ‌iCloud‌ Keychain warnings whenever a password is reused as well as the ability for ‌iCloud‌ Keychain to generate two-factor authentication codes.

Apple is also working to bring full Apple Pencil support to Safari in iPadOS 14. Specifically, Apple may be planning to add full support for ‌‌Apple Pencil‌‌ input on websites, which would allow it to be used for drawing and marking up. This feature would be limited to ‌iPadOS‌ 14 as the ‌‌Apple Pencil‌‌ does not work on iPhones.

Late on Sunday, Apple leaker L0vetodream suggested a "huge update" for Safari was on the cards, although their wording implied that this was in relation to Safari for macOS.

It's important to note that the leaked version of ‌iOS 14‌ that's been floating around the internet is an early version of the software. Apple's development plans may have changed since then, but we'll hopefully learn more when Apple's WWDC kicks off on Monday morning with a live stream.

maxsquared
All I want is VP9 and/or AV1 support.
Score: 7 Votes (Like | Disagree)

Apple Knowledge Navigator
A translation feature built-in would be fantastic. Make life so much easier!
Score: 5 Votes (Like | Disagree)

ian87w
Guest mode?
How about an actual Guest account on iOS? I'm sure that's more useful.
Score: 3 Votes (Like | Disagree)

This has existed for a very long time.

gk4
I wish we could get a new Safari for windows. I'd like to use Safari and iCloud keychain, but the fact that I cant use either on my work computer (which is the computer that i'm using 90% of the time) means I don't really bother with them at all. Chrome and LastPass may not be as seamless on iOS, but at least they sync with 100% of the devices I use.
Score: 1 Votes (Like | Disagree)

This has existed for a very long time.
Score: 1 Votes (Like | Disagree)
Read All Comments