Safari in iOS and iPadOS 14 Might Include Built-In Translator, Full Apple Pencil Support

Apple is planning to add a built-in language translation feature and full Apple Pencil support to Safari in iOS and iPadOS 14, according to details found in a leaked version of iOS 14 by 9to5Mac. 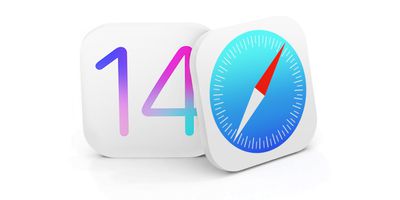 Safari's built-in translation feature would allow users to translate web pages without using a third-party app or service. If such a feature comes to iOS 14, we can probably also count on it coming to the next-generation version of macOS as well.

Apple's translations are powered by the Neural Engine and may work with or without an internet connection.

Earlier this year, MacRumors discovered new PencilKit features that will allow users to handwrite text in any text input field using the ‌Apple Pencil‌, with the handwritten content then converted into standard text.

The code also indicates Apple is working on a kind of "Magic Fill" feature that will let users draw a general shape in an app and have it filled in by the operating system.

The leaked version of iOS 14 that's been floating around the internet is an early version of the software and it's not clear if Apple's development plans have changed or if some features might be delayed due to the global health crisis.

We'll find out what we can expect in iOS 14 on June 22, which is when Apple's virtual WWDC event is set to kick off.

Mitsjke
If this goes like Siri and all other region-features, we probably can only translate English and Spanish for the next 20 years. Maybe we can translate all languages somewhere with iOS 34.
Score: 36 Votes (Like | Disagree)

cbusbuck
About time. How am I gonna find a Ukrainian wife online without such a basic feature?
Score: 16 Votes (Like | Disagree)

On another rumour site, it specifically mentioned Pencil support was for iPadOS.
If it were for iOS 14, that would suggest the new iPhone 12 would support the Pencil, something I doubt ever happening.

Yes, apologies for any confusion, I've made the wording clearer. The Apple Pencil support is not for the iPhone as the iPad is the only device that works with Apple Pencil.
Score: 8 Votes (Like | Disagree)

Still no support for multiple user accounts but stupid pencil on the phone? :rolleyes:

Read it again, there was nothing that said anything about pencil support on the iPhone
Score: 7 Votes (Like | Disagree)

SeattleMoose
Forgive me if I am a bit skeptical...Exhibit A: Siri
Score: 6 Votes (Like | Disagree)

satchmo
On another rumour site, it specifically mentioned Pencil support was for iPadOS.
If it were for iOS 14, that would suggest the new iPhone 12 would support the Pencil, something I doubt ever happening.
Score: 2 Votes (Like | Disagree)
Read All Comments