Thursday November 14, 2019 4:38 am PST by Joe Rossignol
Apple is considering bundling its subscription services as early as 2020, including Apple Music, Apple TV+, and Apple News+, according to Bloomberg. 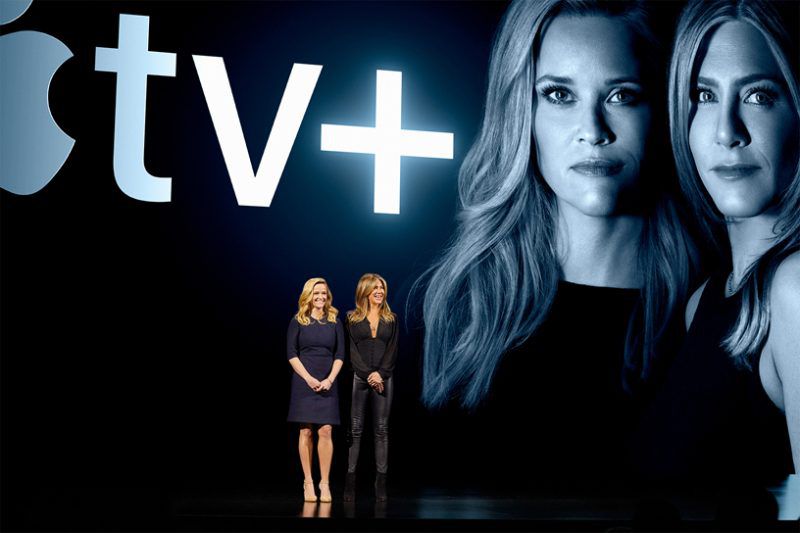 The report indicates that Apple has included a provision in its contract with Apple News+ publishers that permits Apple to bundle News+ with its other services if it desires. The monthly price of the bundle would presumably be lower than the cost of paying for each service separately in a bid to attract more subscribers.

Apple is already experimenting with at least one services bundle. Last month, the company began offering free access to Apple TV+ to students who subscribe to Apple Music. The offer is available for a limited time only.

The report goes on to cite "some media executives" who said the amount of money they have received from Apple News+ so far has been less than expected. On the other hand, some executives are pleased with the service so far, including Los Angeles Times executive editor Norm Pearlstine.

ersan191
Give me Arcade and/or iCloud storage instead of News+ and I’m interested.
Rating: 50 Votes

mnsportsgeek
Disappointing that they’re pushing a news service nobody cares about. I’d be all over an Arcade, TV, and Music bundle.
Rating: 22 Votes

Disappointing that they’re pushing a news service nobody cares about. I’d be all over an Arcade, TV, and Music bundle.

I love the News service. I'd rather read thoughtful articles instead of tweets, instagram or facebook posts, or read the latest up-to-the-minute crap on the news sites.

Why do people think if they don't care about something, 'nobody' does?

I'd love if Apple put the services together. Right now, Apple TV, even though price-wise it has a low cost, it's not worth it as there isn't enough content. Bundle it. And maybe someday down the road when there is more content, you can separate it.
Rating: 17 Votes

iapplelove
I love Apple products. Not a fan of any of these services.

News, arcade and pointless TV shows I guess are not my cup of tea.

I get more value out of Youtube.
Rating: 15 Votes

darkcompass
It would be cool to pick which the services you want in the bundle.
Want it all? Sure
Music and TV only, OK.

Prices would vary of course.

cardfan
This isn’t exactly rocket science. Apple has to bundle a key service that people care about such as amazon did with shipping.
Problem is, that key service is likely to be doing well already and Apple doesn’t exactly want to take from it to bolster the low performing ones.

cardfan
I check out news time to time. Trending is usually buzzfeed top 25 things a millennial says to boomers or something. Not exactly the news I want curated.

News+ is magazines basically. That’s skating to where the puck was a few decades ago. Get the papers. The local ones too. And that’s news.
Rating: 6 Votes

smaffei
Bundling will happen. Tim and company are feeling the heat from the 10+ million paying subscribers Disney+ is getting.

Unlike Apple TV+, Disney+ actually substantiated it's claim of "millions." And, a lot of those millions will be PAYING customers on 11/19.

Ma2k5
I've been waiting for this - but was hoping they also bundled iCloud subscription with it!
Rating: 3 Votes