Apple recently said it is working on a "completely rethought" Mac Pro with a modular design that will be accompanied by an Apple-branded pro display. 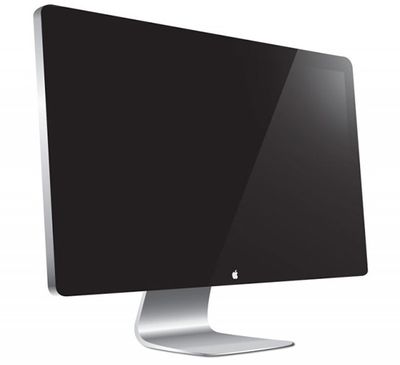 Apple did not share any specific details about the external display, but if the blog Pike's Universum is to be believed, it could feature an impressive 8K resolution. The report did not offer any additional details about the display, including a potential release date, but Apple said it won't be ready this year.

8K displays are just starting to reach the market now, led by Dell's new 32-inch UltraSharp 8K display, which retails for $5,000 in the United States. Apple has yet to launch a display with greater than 5K resolution, as found on the iMac with Retina 5K Display and the UltraFine 5K Display it partnered with LG on.

Apple confirmed that it had exited the standalone display market after discontinuing the Thunderbolt Display in June 2016, but it has evidently reversed course. It's a smart move, given concerns that Apple was no longer focused on pros, and considering that LG's UltraFine 5K Display had a hardware flaw.

On the Mac mini front, the blog said that the next high-end model "won't be so mini anymore," suggesting the most expensive configuration might have a larger or taller design to accommodate for upgraded tech specs. Apple last updated the Mac mini in October 2014, a span of 903 days, per the MacRumors Buyer's Guide.

Apple recently said the Mac mini is "important" within its product lineup, but it remained tight-lipped about the prospects of future updates.

The current Mac mini models, which are designed to be connected to a display, keyboard, and mouse purchased separately, range in price from $499 to $999. The base model is equipped with a 1.4GHz dual-core Intel Core i5 processor with 4GB of RAM, a 500GB hard drive, and integrated Intel HD Graphics 5000.

Intel has released faster Kaby Lake processors appropriate for the Mac mini, but no other rumors have surfaced about the entry-level computer as of yet. At least one other plausible addition is Thunderbolt 3, which is already included on the MacBook Pro and rumored to be added to the next iMac models as well.

Pike's Universum is best known for spotting references to unreleased Macs or upcoming software versions hidden within Apple's operating systems. The blog does not have an established track record of reporting on Apple's plans based on its own inside sources, so this rumor should be treated with caution for now.

sunapple
The "Mac" is back in MacRumors again. It's like Apple reads the forums and counters the disappointment with future plans and rumors. So far so good IMO.
Score: 18 Votes (Like | Disagree)

truthertech
Once again you are mistaking the facts when you say "Apple confirmed they were getting out of display business." Your only supporting document is a link back to your own article when you quote a tweet from Nilay Patel stating he spoke with some unnamed source, and Patel has had his own problems including warring with Apple over issues. LOL. Now he has egg all over his face. Apple never said this and it never made sense so please stop repeating what can be called "fake news," especially since Apple's recent press confab revealed that they simply have been working on the next gen of displays. Ditto that Apple was getting out of Mac Pro business, many claimed this but also have egg on their face. Notice that the Verge and Patel weren't invited-revealing.

Correct way to report on the facts is "it was rumored by one blogger, but never confirmed by Apple" that Apple was getting out of display business."

Same type of false info has been reported by many that Apple is getting out of router business. Another LOL. They are going all in on wireless in your home and elsewhere.
Score: 16 Votes (Like | Disagree)

farewelwilliams
i rather have a 144hz display than an 8k display.
Score: 12 Votes (Like | Disagree)

critter13
new mac mini with TB3 eGPU will be the way to go. my wallet is ready
Score: 9 Votes (Like | Disagree)

H2SO4
Very nice indeed but,Too little too late Tim. Gave you as long as I could and then went non-Apple.
Score: 9 Votes (Like | Disagree)
Read All Comments