Apple Says It's Out of the Standalone Display Business

Alongside the new MacBook Pro, Apple introduced a 27-inch 5K UltraFine Display made in partnership with LG, calling into question future plans for an Apple-branded display product.

While rumors have suggested Apple is working on a Thunderbolt Display replacement powered by an integrated GPU, Apple's LG partnership seems to indicate that Apple may have shelved plans to build a new display, something that's been confirmed by The Verge's Nilay Patel. According to Patel, Apple told him it is out of the standalone display business.

Good notes by @jsnell. I can add that Apple told me it's out of standalone display biz. https://t.co/6t1KqQODwD — nilay patel (@reckless) October 28, 2016

The last rumors about an Apple-branded display came in June of 2016 from BuzzFeed's John Paczkowski, a reliable source, so if Apple has ceased work on its own display product, it's a decision that may have been made rather recently.

In lieu of its own display, Apple is selling the aforementioned 5K display product from LG and a second LG-branded 4K display, both of which have been designed with input from Apple and optimized for Apple products. As pointed out by Jason Snell of Six Colors, the brightness and settings of the LG display can be adjusted from the Mac, suggesting a deeper level of hardware integration than you'd get with a standard 5K display.

Priced at $1,299.95, the 5K LG UltraFine display uses multi-stream transport and connects to the new MacBook Pro using a single Thunderbolt 3 cable. Because it requires Thunderbolt 3 connectivity, it's only compatible with the MacBook Pro (and any future Macs equipped with Thunderbolt 3). 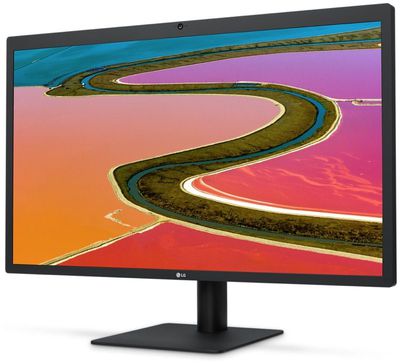 LG's 21.5-inch 4K UltraFine display is more affordable at $699.95, and because it doesn't require Thunderbolt 3, it's compatible with any USB-C Mac, including the new MacBook Pro and the less powerful MacBook.

Both displays offer charging capabilities, support for wide color gamut, built-in stereo speakers, and include additional ports on the back for connecting accessories. The larger 5K display also includes a camera and a microphone, offering all of the features that might have been included in an Apple-designed display.

Bubba Satori
This just in...
Apple is out of the Mac Pro business.
Score: 154 Votes (Like | Disagree)

awer25
I think it's clear that Apple is no longer in the "pro computing" business at all.
Score: 102 Votes (Like | Disagree)

sputnikv
that's really unfortunate. this probably doesn't speak well for their interest in desktops either
Score: 75 Votes (Like | Disagree)

Quu
Apple seems to be asleep at the wheel lately. Time for new leadership I think.
Score: 60 Votes (Like | Disagree)