According to Intel, Kaby Lake will bring "double digit productivity performance increases" of up to 20 percent for gaming notebooks and 25 percent for desktops, compared to 2013 Haswell chips from Intel's prior release cycle. With 4K and 360 degree content, customers can expect up to 65 percent faster performance on notebooks. Enhanced security, a new media engine, and improvements in VR and gaming are all advertised features. 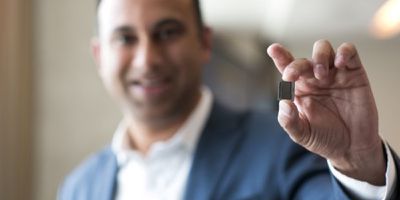 Intel's 45-watt H-Series chips are appropriate for a future 15-inch MacBook Pro update. The 7700HQ would be ideal for entry-level machines, while a mid-tier machine would use the 7820HQ and the top-of-the-line MacBook Pro would use the 7920HQ.

There are multiple potential upgrade options for the 27-inch iMac, but the S-Series desktop chips (7500/7600/7700K) are the straight upgrade path from the current Skylake chips used in 27-inch machines.

Rumors suggest we will see refreshed iMacs in the spring, which is also when we may see new MacBooks, and in the fall, we expect to see Kaby Lake refreshes for the MacBook Pro lineup.

macduke
Remember when Apple used to get chips from Intel ahead of everyone else, like in the original MacBook Air? Now they implement them a year later right before they're obsolete.
Score: 72 Votes (Like | Disagree)

Macist
Maybe Apple could underclock any performance gains out of them and that way they can shave another 0.2mm off everything. Happy days!
Score: 64 Votes (Like | Disagree)

You know, when Intel releases a new CPU lineup.
Score: 56 Votes (Like | Disagree)

macintologist
Everybody here is really negative, but I'm a huge Apple fan and regardless if Apple is slow to updating their Macs, Macs are still everyone's preferred desktop machine.
Score: 21 Votes (Like | Disagree)

Ifti
Does this mean we have to wait another year for Apple to actually implement them?!
Really wish Apple would keep up!