Apple today announced that January 1, 2017 was the iOS App Store's "busiest day ever" with $240 million total in customer purchases made on the storefront on New Year's Day. Looking back at the past year, App Store developers made $20 billion in 2016, which the company said was up 40 percent from 2015.

In the announcement, Apple gave a few statistics on categories like the top grossing apps of the year, which included Monster Strike, Fantasy Westward, Clash Royale, and Pokémon Go. Following a launch in December, Super Mario Run was the number one downloaded app on both Christmas Day and New Year's Day. Throughout December, customers spent $3 billion in total on the App Store, which Apple said was another record-breaking month for the company. 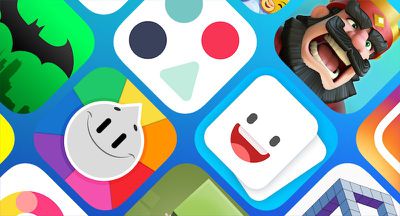 “2016 was a record-shattering year for the App Store, generating $20 billion for developers, and 2017 is off to a great start with January 1 as the single biggest day ever on the App Store,” said Philip Schiller, Apple’s senior vice president of Worldwide Marketing. “We want to thank our entire developer community for the many innovative apps they have created — which together with our products — help to truly enrich people’s lives.”

In total, the App Store now offers 2.2 million apps, having increased by 20 percent from 2015. Independently developed apps, like Prisma, Reigns, Procreate, Lumino City, Sweat With Kayla and djay Pro, were listed as some of the "most successful apps" of 2016.

Globally, Apple said that the App Store helped raise over $17 million in both the fight against AIDS thanks to its annual PRODUCT(RED) campaign, as well as for the World Wildlife Fund thanks to the Apps for Earth program. The Chinese App Store has grown 90 percent in 2016, and in total the top-grossing markets for the App Store are ranked as: the U.S., China, Japan and the U.K.

In terms of apps with subscription fees, Netflix, HBO Now, Line, Tinder and MLB.com At Bat were listed as the most popular. Revenue from subscription fees grew 74 percent in 2016 to $2.7 billion, following major changes Apple made to App Store fees for these specific subscription video apps.

The all-new iMessage App Store also got a mention today, with Apple announcing that 21,000 iMessages apps are now available for users to install. Data gathered by Sensor Tower back in September accounted for just under 2,000 iMessage apps in the App Store, with sticker-related apps remaining the most popular throughout the year.

avanpelt
And this, ladies and gentlemen, is why so much of Apple's focus is on iOS devices. They'd be foolish not to focus on the cash cow that generated 240M in revenue in ONE day. That's 10M per hour. Absolutely crazy.
Score: 19 Votes (Like | Disagree)

2457282
Can't find any thing negative to comment about in this article. Drats Apple, we here expect to find fault. Please make another statement that we can whine about. Thanks.
Score: 17 Votes (Like | Disagree)

SoN1NjA
"why do apps always get on the iPhone first?"

They could focus on both, it is not like they are a tiny company with limited resources.
Score: 10 Votes (Like | Disagree)

TigerWoodsIV
Never ceases to amaze me. I've had an iPhone since the beginning and I don't think I've spent more than $10 on the App Store. I'm too lazy to look, but I'd like to know what types of apps are generating the most revenue. I imagine it's games.
Score: 6 Votes (Like | Disagree)

MacBH928
False Logic: iOS makes a lot of money, we have to abandon the Mac. Apple can make both.

1)Apple doesn't create the actual apps, they just get a cut for it being sold in their iTunes store
2)Apple basically makes 1 hardware platform and 1 OS. The iphone, the iPad which is a big iPhone, and iOS which already exists so they just tweak and update it.

While good for them to make so much money out of it, I just don't see how this is enough reason to abandon the Mac and OS X...which I imagine they use to build and design the iphone and iOS.
Score: 6 Votes (Like | Disagree)
Read All Comments