Over the past couple of weeks, rumors have leaked pointing towards an Apple-branded streaming television service that could include 25 channels for $30 to $40 per month with partners like CBS, ABC, and Fox. NBC and parent company Comcast are not part of the negotiations, and according to a new report from Re/code, that's because Apple has not approached Comcast about a partnership.

Earlier rumors about the streaming television service suggested NBC's absence from the upcoming package was due to a falling out between Apple and Comcast, but on Thursday, Comcast said that wasn't true in a letter that it sent to the Federal Communications Commission. Comcast's letter was a response to a filing from Stop Mega Comcast, a group that's opposed to a Comcast-Time Warner merging, and in it, Comcast said Apple had not even approached NBC for a content deal. 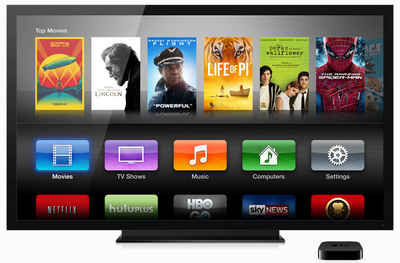 Stop Mega Comcast's note, filed on Wednesday, said, "Comcast may be withholding affiliated NBCUniversal ("NBCU") content in an effort to thwart the entry of potential new video competitors." The note cited a recent Wall Street Journal report that said Apple wasn't talking to NBCUniversal because of a "falling-out between Apple and NBCUniversal parent company Comcast."

That's a bit right but mostly wrong, Comcast attorney Francis Buono wrote to the FCC: "Not only has NBCUniversal not 'withheld' programming from Apple's new venture, Apple has not even approached NBCUniversal with such a request." I've asked Apple for comment.

It is not clear why Apple has not approached NBC about a possible content deal for its most recent streaming television efforts, but Apple and Comcast have attempted to negotiate a deal in the past, which didn't pan out. The Wall Street Journal has suggested that earlier talks failed to establish a deal due to Comcast's focus on its own X1 web streaming platform.

As noted by Re/code, Apple could initiate talks with NBC in the future or potentially take advantage of a clause in the contract that was established when Comcast and NBC merged several years back, which would force NBC to license its content to Apple if Apple were able to establish deals with the company's competitors.

Apple may be planning to debut its streaming television service at this year's Worldwide Developers Conference in June. Many of the details about the service remain unknown, including the channel lineup Apple is aiming for, but the company is said to be in talks with ABC, CBS, Fox, Disney, ESPN, Discovery, and Viacom, which would give Apple access to channels like Animal Planet, TLC, MTV, Comedy Central, and Nickelodeon.

The streaming television service may be accompanied by a revamped set-top box, rumored to include an A8 processor, expanded storage, an App Store, and Siri support.

Trik
Because Comcast owns NBC Universal, I wouldn't have shown my hand to them either if I was Apple. Work with the other major players and launch, otherwise Comcast would have some competing box or start undermining Apple before the new :apple:TV even launches. This way is much better, let the public / govt demand NBC be available on the box.
Score: 9 Votes (Like | Disagree)

unobtainium
I wouldn't really trust anything Comcast has to say.
Score: 7 Votes (Like | Disagree)

TheRealTVGuy
I hope Apple doesn't approach them. Launch the service without them, build up a strong user base, and use it as leverage when you finally do negotiate.

Although I'm stuck giving Comcast money every month for non-consistent internet access and the pleasure of speaking to their folks in Bogota, Columbia twice a month, so even with an AppleTV service, Comcast still gets my money...
Score: 7 Votes (Like | Disagree)

Mykbibby
"Apple could... potentially take advantage of a clause in the contract that was established when Comcast and NBC merged several years back, which would force NBC to license its content to Apple if Apple were able to establish deals with the company's competitors."

This is what they're doing, and it's absolutely brilliant.
Score: 6 Votes (Like | Disagree)

betabeta
Clearly Comcast was an issue with Apple and it's original plans.

Now, Maybe Apple said screw it, we will go and get all the providers on our own one by one, and not even reach out to Comcast, let them come to us.

Brilliant! And I for one will live without NBC and all of it's other content for at least a few years, screw it.

Why should Apple go back to these idiots? Clearly Comcast is going to bleed money until it changes it's course.
Score: 5 Votes (Like | Disagree)
Read All Comments