Apple is in talks with programmers including CBS, 21st Century Fox and Walt Disney to launch a subscription-based streaming TV service this fall, according to The Wall Street Journal. The report, citing sources familiar with the matter, claims that the service would have about 25 channels, cost between $30 to $40 per month and be available on iPad, iPhone and Apple TV. The service is said to debut at Apple's annual Worldwide Developers Conference in June ahead of a September launch in the United States. 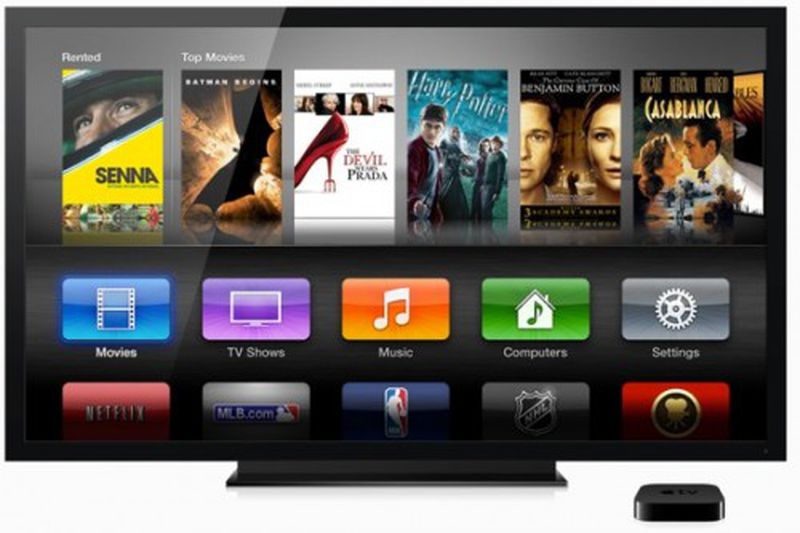 Apple's web-based TV service will reportedly deliver a lightweight package anchored by popular networks such as ABC, CBS, ESPN and FX, but will not include smaller channels typically included in a standard cable TV package. The report adds that NBCUniversal content could be notably absent due to a falling-out between Apple and NBC parent company Comcast. The two sides were allegedly in negotiations as recently as last year, although Apple believed that Comcast was too focused on its own X1 set-top box for web-based streaming.

BREAKING: Apple in talks to launch online TV service in the fall with about 25 channels, featuring ABC, CBS and FOX networks - WSJ

Apple has been rumored to be working on a subscription-based TV service since at least 2009, when it was reported that CBS and Walt Disney were considering participating in the web-based service. A similar report surfaced in early 2012, claiming that Apple was pushing ahead with its TV service in time for a potential launch by Christmas. The Wall Street Journal provided further details about the service later in 2012, but the plans have yet to materialize nearly three years since.

Rumors surrounding Apple's much-rumored TV service gained momentum again last month when Re/code reported that Apple was in talks with television programmers over deals that would see the company offer a web-based TV service. Such a service would potentially allow Apple to deliver customized television packages that would be streamed over the Internet across iOS devices, providing access to a bundle of channels from participating content providers. The recent announcement of HBO Now also supports rumors that Apple is interested in streaming TV content.

JCrz
I hope this isn't what Steve Jobs meant when he said he cracked the code for TV.
Score: 25 Votes (Like | Disagree)

newdeal
so wait, $30-$40 a month for what I can get right now, for free, over the air, in HD, with an antenna? This does not sound appealing to me
Score: 23 Votes (Like | Disagree)

BrentD
Cable + Internet runs me just over $100/month. If I ditch the cable and keep just the internet, I lose the bundle discount. So then my internet alone runs $60-70. Add the $30-40 subscription for this new service so I can "cut the cord", and I'm left with fewer channels, and have basically the same sort of on-demand options I have with cable.

I'm sorry, but until internet service pricing dips down to the sub-$20 range for 15Mbps or more, there's really not much appeal in these things. Especially when ISPs are implementing these soft bandwidth caps now.
Score: 19 Votes (Like | Disagree)

Rogifan
So why would I want this over DirecTV? It seems like nothing more than s slimmed down cable package.
Score: 19 Votes (Like | Disagree)

ugcop
Comcast = 147 channels and nothing to watch
Score: 13 Votes (Like | Disagree)
Read All Comments

Friday March 27, 2020 11:28 am PDT by Juli Clover
The upcoming Apple Watch Series 6 set to be released this fall could include a Touch ID fingerprint sensor built into the crown of the device, according to Israeli site The Verifier, which cites "senior sources" who have worked with its staff for a "number of years" as the source of the rumor. It's not clear how the alleged Touch ID fingerprint sensor would be implemented, as the Digital...
Read Full Article • 113 comments

Monday March 30, 2020 9:33 am PDT by Juli Clover
Apple today released ProRes RAW for Windows in a beta capacity (via Mark Gurman), with the software designed to allow ProRes RAW and ProRes RAW HQ video files to be watched in compatible applications on Windows machines. According to Apple, the software will let the files be played within several Adobe apps: Adobe After Effects (Beta) Adobe Media Encocder (Beta) Adobe Premiere...
Read Full Article • 36 comments