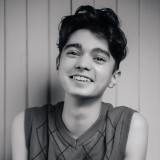 Sami has been reporting on Apple for the last three years and has a deep love for writing, being the first to break stories, and finding the next big exclusive scoop. Oh, and he can also double down on a variety of Mexican food.

Sami's work is regularly highlighted by news aggregator Techmeme and various other publications. Sami can be reached for confidential tips and connecting with sources on Signal at +1 408 600 1192 or Twitter @SamiFathi_ and Instagram @SamiFathiOfficial. 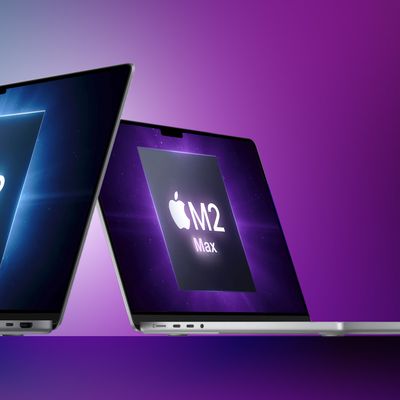 Wednesday November 30, 2022 2:39 am PST by Sami Fathi
Geekbench scores allegedly for the upcoming "M2 Max" chip have surfaced online, offering a closer look at the performance levels and specific details of the forthcoming Apple silicon processor. The Geekbench results, first spotted on Twitter, are for a Mac configuration of with the ‌M2‌ Max chip, a 12-core CPU, and 96GB of memory. The Mac listed has an identifier "Mac14,6," which could be...
Read Full Article • 278 comments 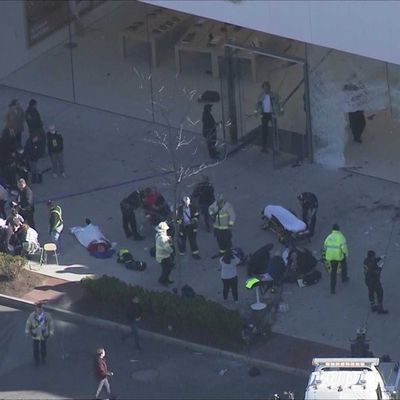 Monday November 28, 2022 3:00 am PST by Sami Fathi
Apple CEO Tim Cook has visited the victims of last week's crash at the Apple Store in the Greater Boston area, where an SUV crashed through the front of the store, injuring multiple people and killing one. Image Credit: WCVB According to local news channel Boston 25 News, Cook and Apple's chief of retail and people Deirdre O'Brien visited the victims of the crash at the South Shore Hospital....
Read Full Article • 93 comments

Friday November 25, 2022 2:58 am PST by Sami Fathi
An Apple engineer has addressed the lack of lossless audio support in the second-generation AirPods Pro in a new interview. Current Bluetooth technology in the AirPods lineup means that Apple's audio products do not support Apple Music Lossless audio. Apple has previously hinted that it may develop its own codec and connectivity standard that builds on AirPlay and supports higher quality...
Read Full Article • 250 comments

Monday November 21, 2022 12:24 am PST by Sami Fathi
Apple Music could be coming to Tesla vehicles through a future software update, giving Tesla customers the ability to use ‌Apple Music‌ using the vehicles' built-in system. At a recent exhibit for Tesla at the Petersen Automotive Museum in Los Angeles, someone on Twitter spotted a Model S vehicle running an unreleased software version that had ‌Apple Music‌ installed. According to the images...
Read Full Article • 121 comments

Sunday November 20, 2022 8:55 am PST by Sami Fathi
Apple's Phil Schiller, responsible for Apple events and the App Store, has deactivated his Twitter account following recent developments on the platform. Schiller often used his account to promote new Apple products, services, software, and initiatives and interact with customers. As noted on Twitter by Bloomberg's Mark Gurman, however, Schiller's account no longer exists. The account had...
Read Full Article • 781 comments

Saturday November 19, 2022 12:11 am PST by Sami Fathi
Microsoft's popular third-party keyboard for iOS, SwiftKey, is back on the App Store just weeks after the company announced it would be shutting down the app and delisting it from the platform. In September, Microsoft said SwiftKey for iOS was being shut down and removed from the ‌App Store‌ for no clear reason. SwiftKey has been a popular alternative for iPhone users to Apple's default iOS...
Read Full Article • 100 comments

Thursday November 17, 2022 6:41 am PST by Sami Fathi
The latest beta of iOS 16.2, released to developers and public beta testers earlier this week, has addressed long-standing issues faced by iPhone 13 Pro and iPhone 14 Pro customers that cause system animations to lag and stutter when closing and switching between apps, unlocking the phone, and across other instances on iOS 16. Seemingly originating from the initial release of ‌iOS 16‌, some...
Read Full Article • 37 comments

Thursday November 17, 2022 4:30 am PST by Sami Fathi
Apple today announced it will hold a special "Apple Shopping Event" between Black Friday on November 25 and Cyber Monday on November 28 where customers will be eligible to get a gift card when they purchase select products. The eligible products are as follows: iPhone 13, iPhone 13 mini, iPhone 12, iPhone SE: Up to a $50 gift card Second-generation AirPods Pro, second-generation...
Read Full Article • 75 comments

Thursday November 17, 2022 3:19 am PST by Sami Fathi
The HomePod mini was released to customers two years ago this week, marking the first addition to the HomePod family since the original speaker launched in 2018. Two years after its release, the HomePod lineup has remained relatively stagnant, but that's set to change in 2023. When Apple announced the ‌HomePod mini‌ in October 2020, the original full-sized HomePod remained in the lineup. In...
Read Full Article • 83 comments

What's Next for the iMac? What We Know on a New Design, M3 Chip, and More

Tuesday November 15, 2022 8:13 am PST by Sami Fathi
Apple released the all-new 24-inch iMac with the M1 chip in April 2021, making it over a year and a half old at this point. As a result, customers may wonder what's next for the ‌iMac‌ and Apple's all-in-one desktop computer. We've heard several rumors and reports on what Apple has in store, offering us a good idea of what's next, and we've outlined some of the details we know about the...
Read Full Article • 189 comments

Tuesday November 15, 2022 5:44 am PST by Sami Fathi
Apple today announced that the iPhone 14's Emergency SOS via Satellite feature will begin rolling out to customers in the United States and Canada starting today, with other countries coming later next month. Alongside the announcement, Apple also gave select YouTubers and media outlets early access to the feature, offering a closer look at how it works. The service will be free for the...
Read Full Article • 38 comments

iPhone 14 Emergency SOS via Satellite Rolling Out Today to Customers in the U.S. and Canada

Tuesday November 15, 2022 5:04 am PST by Sami Fathi
Apple has announced that the iPhone 14's Emergency SOS via Satellite service will officially start rolling out today, the company said in a press release. Apple announced the feature during the ‌iPhone 14‌'s event in September, saying it would officially launch to customers in November. To use the feature, users must be running iOS 16.1 or later. At launch, Emergency SOS via Satellite will be ...
Read Full Article • 33 comments

Tuesday November 15, 2022 1:05 am PST by Sami Fathi
A new report has revealed internal disagreement within Apple, causing some employees who work on the company's ads business to raise concerns that showing more ads to iPhone users ruins the premium experience that's been long offered to its customers, The Information reports. The lengthy report by The Information takes a deep dive into how Apple's ads team operates and internal concerns that ...
Read Full Article • 170 comments
Newer Posts
Archives
Older Posts