Apple M2 Chip: Everything You Need to Know

Apple in June 2022 unveiled the M2, its next-generation Apple silicon chip that follows the M1 chip. This guide highlights everything you need to know about the M2 chip, from performance improvements to extra features. 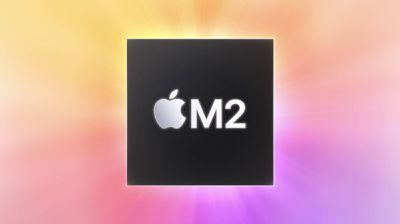 The M2 is Apple's next-generation System on a Chip (SoC) developed for use in Macs and iPads. It marks Apple's continued work to transition away from the Intel chips that were used in Macs up until 2020.

As a "System on a Chip," the M2 integrates several different components, including the CPU, GPU, unified memory architecture (RAM), Neural Engine, Secure Enclave, SSD controller, image signal processor, encode/decode engines, Thunderbolt controller with USB 4 support, and more, all of which power the different features in the Mac.

Before Apple silicon, Macs used multiple chips for CPU, I/O, and security, but Apple's effort to integrate these chips is the reason why the M2 is much faster and more efficient than Intel chips. The unified memory architecture that Apple has included is also a major factor because all of the technologies in the M2 are able to access the same data without having to swap between multiple pools of memory.

Built into the M2 chip, the unified memory architecture means the CPU, GPU, and other processor components don't need to copy data between one another, and are able to access the same data pool. This memory architecture means that the RAM is not user upgradeable, which isn't too much of a surprise because few Macs have user-accessible RAM. M2 Macs max out at 24GB RAM, but even the base 8GB is enough for everyday tasks.

For tasks that are less intensive and don't require the same power, such as web browsing, there are four high-efficiency cores that use a tenth of the power to preserve battery life.

Geekbench benchmarks have confirmed that the M2 chip is up to 20 percent faster than the ‌M1‌ chip when it comes to multi-core performance.

Even with the incredible speed improvements that the M2 chip brings, it is also more battery-efficient than any other Mac chip Apple has released to date.

Battery life in an M2 Mac lasts up to 2x longer than in prior-generation Intel Macs. The Mac with the longest battery life is the 13-inch MacBook Pro, which lasts for up to 20 hours. That's double the battery life of the last Intel-based model.

Intel Macs had a built-in T2 chip that handled security and other features on the Macs, but with the ‌M1‌ and M2 chips, that functionality is built right in and a secondary chip isn't required.

The M2 has a built-in Secure Enclave that manages Touch ID and a storage controller with AES encryption hardware for SSD performance that's faster and more secure.

Because the M2 chip is using different architecture, Apple has built tools to allow developers to create Universal app binaries that run flawlessly on both Apple silicon and Intel chips, plus it has developed the Rosetta 2 translation layer that allows x86 apps to run on the ‌M1‌ chip.

Rosetta 2 is a reimagining of Rosetta, the feature that allowed PowerPC apps to run on Intel-based Macs back in 2006 when Apple swapped to Intel from PowerPC.

With Rosetta 2, apps designed for Intel machines will continue to run on ‌M1‌/M2 Macs with some limited performance compromises. For the most part, apps run similarly on both Intel and ‌M1‌/M2 Macs due to the performance improvements.

Everything should function as normal when transitioning to ‌M1‌ and M2 Macs, and over the course of a few years, most popular Mac apps will likely be built to run on the M2 Macs natively. Right now, there is one major compromise when choosing an M2 Mac, and that's Windows support.

There is no Boot Camp for M2 Macs and M2 Macs are not officially able to run Windows. Official support could come in the future, but it largely depends on Microsoft licensing its Arm-based version of Windows to consumers, and so far, that hasn't happened.

M2 Macs can run iPhone and iPad apps as well as Mac apps, so long as app developers make them available on the Mac.

Since the Apple silicon Macs are using a new type of chip designed by Apple, there are some tips and tricks for doing things like transferring files, entering recovery mode, and finding apps optimized for the new machines. We have several Apple silicon-specific how tos that are worth checking out.

Following the ‌M1‌ chip, Apple eventually introduced the M1 Pro, M1 Max, and M1 Ultra, and the same will happen with the M2 chip. Apple is working on the M2 Pro and the M2 Max, chips that could come out as soon as this year.

The M2 Max chip is expected to feature a 12-core CPU, up from the 10-core CPU in the ‌M1 Max‌, and it will also include up to a 38-core GPU. The ‌M1 Max‌ features a 32-core GPU, so the M2 Max will see some notable performance improvements.

Have questions about the M2 chip, know of a feature we left out, or want to offer feedback on this guide? Send us an email here.

Thursday June 16, 2022 8:17 am PDT by Joe Rossignol
The new 13-inch MacBook Pro with the M2 chip appears to be faster than a base model Mac Pro in benchmarks, despite costing nearly $5,000 less. In an apparent Geekbench 5 result that surfaced on Wednesday, the new 13-inch MacBook Pro achieved a multi-core score of 8,928, while the standard Mac Pro configuration with an 8‑core Intel Xeon W processor has an average multi-core score of 8,027...
Read Full Article • 331 comments

Apple Announces M2 Chip With Support for Up to 24GB Memory

Thursday March 10, 2022 6:30 am PST by Joe Rossignol
Apple plans to launch a series of Macs with M2 chips based on TSMC's 4nm process later this year, according to Taiwanese publication DigiTimes. This advancement should allow for continued performance and power efficiency improvements. "TSMC's 4nm process will also build Apple's M2 chip that will power the new Mac series slated for launch in the second half of this year," the report claims. ...
Read Full Article • 160 comments

Sunday March 6, 2022 5:39 am PST by Sami Fathi
Evidence that Apple is testing the M2 Apple silicon chip, expected to debut first in a new MacBook Air and refreshed 13-inch MacBook Pro, has been spotted by a developer ahead of Tuesday's "Peek performance" Apple event. As reported by Bloomberg's Mark Gurman in his latest Power On newsletter, a "developer source" has informed him that in recent weeks, Apple has been testing a chip with an...
Read Full Article • 120 comments

Sunday February 6, 2022 5:22 am PST by Joe Rossignol
In his Power On newsletter today, Bloomberg's Mark Gurman reiterated that Apple is planning to hold a virtual event on Tuesday, March 8 to introduce new iPhone SE and iPad Air models, which are both expected to feature an A15 chip and 5G support. Subscribe to the MacRumors YouTube channel for more videos. Gurman said Apple also plans to launch at least one new Mac this spring, but it's...
Read Full Article • 281 comments

Gurman: iPhone 14 Models Without Notch, Redesigned MacBook Air With M2 Chip, and More to Launch in 2022

Sunday January 2, 2022 5:34 am PST by Joe Rossignol
In the latest edition of his Power On newsletter, Bloomberg's Mark Gurman reiterated his expectations for new Apple products in 2022, including the iPhone 14 series, a redesigned MacBook Air with an M2 chip, an iPad Pro with wireless charging, and more. Gurman said at least some iPhone 14 models launching later this year will feature a hole-punch display design, as we've heard from other...
Read Full Article • 162 comments

Wednesday October 13, 2021 9:59 am PDT by Juli Clover
CCP Games today announced that popular MMORPG Eve Online is now available to play on both Intel and M1 Macs thanks to the launch of a new Mac client. For those unfamiliar with Eve Online, it's a long-running free-to-play online space-focused game that's massive in scale. It has been free for many years now and monetized through in-app purchases. Mac users will be able to play alongside...
Read Full Article • 80 comments

Tuesday April 27, 2021 1:38 am PDT by Tim Hardwick
Apple's custom next-generation Mac processor entered mass production this month, claims a new report today from Nikkei Asia. Tentatively dubbed the "M2" after Apple's M1 chip, the processors take at least three months to produce and could begin shipping as early as July in time for incorporation in Apple's next line of MacBooks, according to the paper's sources. The next generation of Mac...
Read Full Article • 694 comments