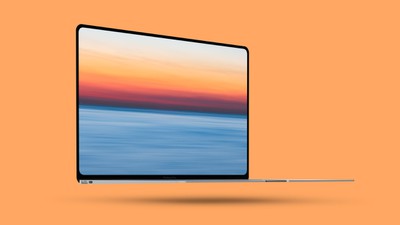 Tuesday February 23, 2021 8:24 am PST by Hartley Charlton
Apple may offer a larger version of the MacBook Air with a 15-inch screen, according to a recent report from well-connected Bloomberg journalist Mark Gurman. The report focuses on Apple's plans for the future of its popular MacBook Air line and reveals that a considerably larger MacBook Air model has been in the works, although it appears it may yet be a while until we see it: The...
Read Full Article

Tuesday July 6, 2021 5:58 am PDT by Hartley Charlton
Apple is planning to launch the "M2" chip with redesigned MacBook Air models in the first half of 2022, according to the leaker known as "Dylandkt." On Twitter, Dylandkt claimed that a new MacBook Air model is "on track" to launch in the first half of 2022, featuring an M2 chip and a more colorful design. They also claimed that the "M1X" chip is being reserved for high-end "Pro" Macs, which...
Read Full Article • 242 comments

Monday September 13, 2021 6:36 am PDT by Mitchel Broussard
Amazon today is offering the 512GB M1 MacBook Air for $1,099.99, down from $1,249.00. This is a match of the all-time low price on this model of the 2020 MacBook Air, and it's available in Gold and Silver. Note: MacRumors is an affiliate partner with some of these vendors. When you click a link and make a purchase, we may receive a small payment, which helps us keep the site running. You'll ...
Read Full Article • 17 comments

Thursday July 8, 2021 6:25 am PDT by Mitchel Broussard
Amazon today is offering the 512GB M1 MacBook Air for $1,099.00, down from $1,249.00. This is beating the previous sale price by about $50, and represents a new low price for this model of the 2020 MacBook Air. Note: MacRumors is an affiliate partner with some of these vendors. When you click a link and make a purchase, we may receive a small payment, which helps us keep the site running....
Read Full Article • 26 comments