Apple's MagSafe charging connector is expected to make a long-awaited return to the MacBook Air in the near future, according to reliable reports. 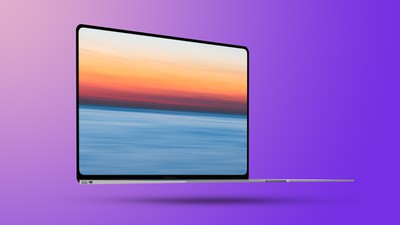 A January report from Bloomberg's Mark Gurman claims that Apple's next-generation ‌MacBook Air‌ will feature the return of ‌MagSafe‌ charging.

‌MagSafe‌‌ first debuted in January 2006 when Apple launched the first-ever MacBook Pro and was present on the first ‌MacBook Air‌ in 2008. The ‌‌MagSafe‌‌ port featured a rectangular design with five holes, which corresponded to an accompanying connector with magnets.

In 2016, with the introduction of the USB-C MacBook Pro models, Apple began discontinuing ‌‌MagSafe‌, and the last machine with ‌‌MagSafe‌‌, the 2017 ‌MacBook Air‌, was discontinued by Apple in July 2019. The switch back to ‌‌MagSafe‌‌ is likely to be popular with ‌MacBook Air‌ owners who have missed the feature.

The ‌MacBook Air‌ is not the only Mac rumored to be restoring ‌MagSafe‌ charging. Apple analyst Ming-Chi Kuo said in a recent report, which outlined many of the changes coming to the new high-end Mac laptops, that "the ‌‌MagSafe‌‌ charging connector design is restored" on the upcoming MacBook Pro models. This has been corroborated by Gurman, who explained that the restored ‌MagSafe‌ charging will include a similar design to the previous incarnation of ‌MagSafe‌ on MacBooks.

Kuo has previously said that Apple will introduce a new ‌‌MacBook Air‌‌ at some point in 2022, suggesting there may not be a refresh in 2021. According to Kuo, the ‌‌MacBook Air‌‌ coming in 2022 will feature a mini-LED display, a prediction also echoed by DigiTimes.

For more information about ‌MagSafe‌, see our "Look Back at Apple's Original Magnetic Charging Technology".

Tuesday May 11, 2021 9:41 am PDT by Juli Clover
Apple will soon ship out 11 and 12.9-inch M1 iPad Pro models, according to multiple Twitter users and MacRumors readers who have seen their orders shift to "Preparing to Ship" status. So far, we haven't seen any shipment notifications, but that's the next step and is likely to happen in the near future. Apple has not provided an exact delivery date to those who ordered a new M1 iPad Pro, but ...
Read Full Article • 165 comments