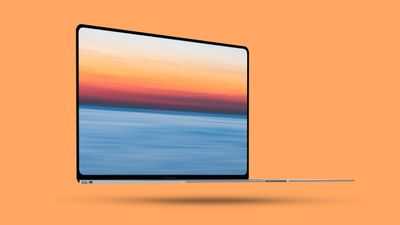 Monday January 24, 2022 10:10 am PST by Mitchel Broussard
Amazon has Apple's 256GB M1 MacBook Air for $849.99, down from $999.00. This sale is only available in Gold, and it's sold directly from Amazon with delivery as soon as January 27 for most residences in the United States. Note: MacRumors is an affiliate partner with some of these vendors. When you click a link and make a purchase, we may receive a small payment, which helps us keep the site...
Read Full Article • 37 comments

Tuesday November 30, 2021 1:51 pm PST by Juli Clover
In 2022, Apple is going to release an updated version of the MacBook Air with some of the biggest design changes that we've seen since 2010, when Apple introduced the 11 and 13-inch size options. In the video below, we highlight five features that you need to know about the new machine. Subscribe to the MacRumors YouTube channel for more videos. No More Wedge Design - Current MacBook...
Read Full Article • 227 comments