Calls Will Sound Better Than Ever With iPhone 13

Apple is looking to significantly improve the sound quality of phone calls on the upcoming iPhone 13, according to leaker Max Weinbach. 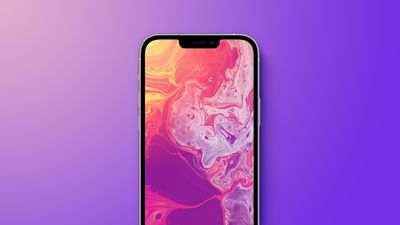 A YouTube video from EverythingApplePro that shared Weinbach's leaks said that the ‌iPhone 13‌ will feature improved noise cancellation for phone calls that will better single out voices while blocking background noise.

As part of this system to improve sound quality during calls, Apple reportedly intends to use beamforming microphones. Apple has previously used beamforming microphones on the AirPods and AirPods Pro to enhance the quality of calls, so it is possible that some of this technology is being brought over to the ‌iPhone 13‌.

Weinbach also claimed that the ‌iPhone 13‌ will feature an always-on 120Hz display, a matte black color option, a fingerprint-resistant coating for stainless steel finishes, a flatter rear camera module, improved battery life, and an improved Portrait Mode that makes better use of the LiDAR scanner.

Weinbach previously stated that the 2021 iPhones will include stronger MagSafe magnets, astrophotography capabilities, and the ability to take Portrait Mode videos, but it is important to note that Weinbach does not have a proven track record for iPhone leaks.

Friday March 26, 2021 3:52 am PDT by Sami Fathi
Despite being months away from launch, we've already seen several rumors regarding the 2021 iPhone. Now, as we inch closer to release nonetheless, new rumors point towards some design changes, new colors, and new features to expect. Image Credit: EverythingApplePro According to leaker Max Weinbach (via YouTube channel EverythingApplePro), the iPhone 13 will come with a matte black option...
Read Full Article • 160 comments