Three Major Camera Improvements May be Coming to iPhone 13 [Updated]

The iPhone 12 premiered with an improved camera system, but 2021's iPhone 13 is predicted to take mobile photography to the next level with three major camera hardware improvements. 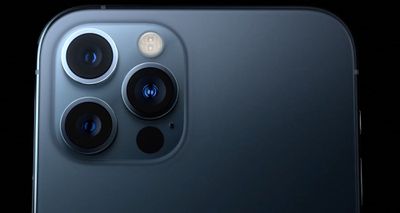 The ‌iPhone 12‌ lineup offered a range of significant camera improvements, with a larger aperture on the wide-angle lens and an improved, seven-element lens assembly, and Sensor-shift optical image stabilization and a deeper telephoto lens on the 12 Pro Max model. There was also a number of computational photography improvements, such as the introduction of Apple ProRAW, Night mode portraits, Smart HDR 3, HDR video recording with Dolby Vision, Night mode Time-lapses, and Night mode and Deep Fusion on the front-facing camera. Next year, the ‌iPhone 13‌ is expected to focus on three main areas of improvement: the Ultra-Wide lens, sensor size, and sensor-shift stabilization.

The iPhone 12 Pro Max gained a 47 percent larger sensor, but well-connected display analyst Ross Young predicts that the camera sensor size of both the ‌iPhone 13 Pro‌ and ‌iPhone 13 Pro‌ Max will increase. Although Young doesn't state which of the three cameras will gain a larger sensor, a larger sensor would, in turn, have larger pixels. This means that the sensor could collect more light, resulting in materially better image quality.

While Young expects both ‌iPhone 13 Pro‌ models to retain the LiDAR Scanner on the rear, it is unknown whether the feature will come to the non-Pro ‌iPhone 13‌ and ‌iPhone 13‌ mini models. Regardless, he expects general camera improvements will trickle down across the lineup.

Apple has reportedly encountered issues developing its own periscope camera system due to much of the technology involved being guarded by other patents, leading the company to explore purchasing it directly from patent-holders instead.

A Digitimes report seen by The Next Web has also corroborated this, stating that Apple is looking to improve the zoom capabilities of its next iPhones with a periscope camera system.

Alongside his correct prediction that the ‌iPhone 12 Pro Max‌ would have sensor-shift stabilization technology, Apple analyst ‌Ming-Chi Kuo‌ said earlier this year that at least one ‌‌iPhone‌‌ model will feature a periscope telephoto lens by 2022.