With just over six weeks remaining until Apple is expected to unveil the iPhone 7 and iPhone 7 Plus, leaked photos and rumors surrounding the smartphones are starting to become clear and consistent.

Deutsche Bank is the latest group to add its expectations to the mix, issuing a research note obtained by Business Insider that corroborates several previously rumored features coming in this year's refresh. 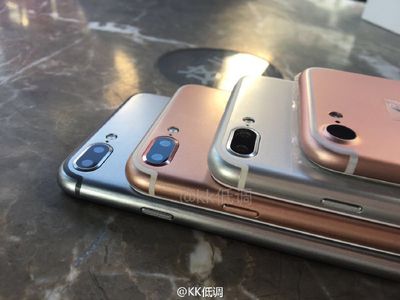 New photo of iPhone 7 and 7 Plus rear shell molds (Image: KK低调 on Weibo)
The bank, which allegedly made supply chain checks, believes the 4.7-inch model will have an improved camera and optical image stabilization, while the larger 5.5-inch model is set to gain a dual-lens camera and 3GB of RAM.

Both models are also expected to have no headphone jack, a touch-sensitive home button with haptic feedback, a new darker color, "professional class" waterproofing, and improved sound, possibly by way of stereo speakers.

Perhaps the most interesting bit is Deutsche Bank's belief that the iPhone 7 will ship with a Lightning-to-3.5mm headphone jack dongle in the box, rather than Lightning-based EarPods as previously speculated.

Many aftermarket Lightning-to-3.5mm adapters are bulky and clunky looking due to the need for a digital-to-analog converter, however, so it remains to be seen if Apple could create a dongle that meets its high standards of design.

Every single one of Deutsche Bank's predictions have surfaced previously:

Apple is widely expected to announce the iPhone 7 and iPhone 7 Plus in September. Other rumored features include a faster TSMC-made Apple A10 processor, repositioned antenna bands, faster LTE and Wi-Fi, a slightly larger battery, and a minimum 32GB of base storage. A larger 256GB model may also be available.

Bubba Satori
Rumor is that the Swiss Army will be designing the next Apple adapter. 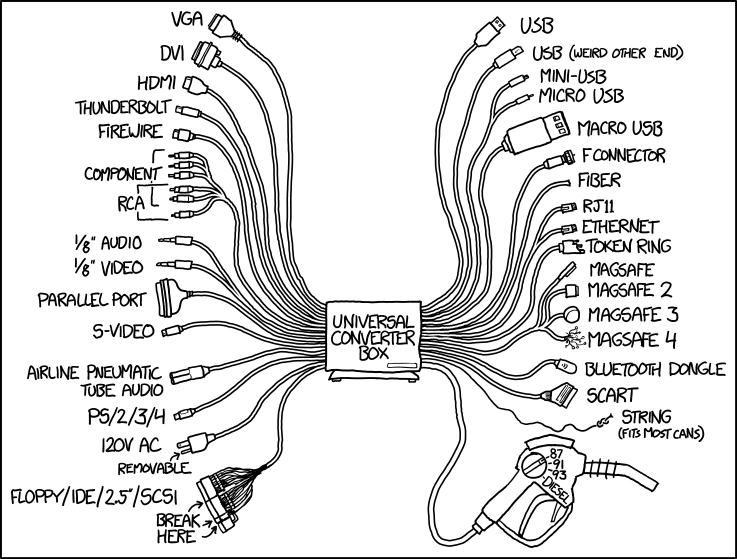 mtbgtr
Speakers 4/5 of an inch from each other are not stereo. But someone keeps pushing that theme to the ignorant.
Score: 45 Votes (Like | Disagree)

Mad Mac Maniac
I'm so excited to skip the iPhone 7! My first time deviating from my standard biannual update!

Crosscreek
Another dongle to lose or misplace.......brilliant.
Score: 42 Votes (Like | Disagree)

phenste
I used to hate comments on this site talking about how post-Steve Apple has been deteriorating…now I'm just sad because of how true it is (mainly as far as this dongle business goes)
Score: 41 Votes (Like | Disagree)

Does anyone else feel like the term "dongle" just is one of those words we shouldn't use?

Sort of like the words moist, or straddle....Just immediately makes one sort of cringe a bit upon hearing them.

While straddling my chair at work, my dongle became moist after reading your post.
Score: 37 Votes (Like | Disagree)
Read All Comments