First Details on iPhone 7 Design: Flush Rear Camera, No Antenna Bands Across the Back

Tuesday February 2, 2016 11:52 am PST by Eric Slivka
Apple's iPhone 7 isn't expected to launch until the usual September timeframe, but we're starting to get our first hints of what we might be able to expect for the new device. According to a source who has provided reliable information in the past, the iPhone 7 body will appear very similar to the design used for the iPhone 6 and 6s, with two significant exceptions.

The first involves the rear camera, which protrudes slightly on the iPhone 6 and 6s. On the iPhone 7, the camera is said to sit flush with the rear casing, enabled by a thinner camera module. Recent rumors have indicated Apple is considering equipping the iPhone 7 Plus with a dual-lens rear camera, but the smaller iPhone 7 is expected to include a more traditional camera. 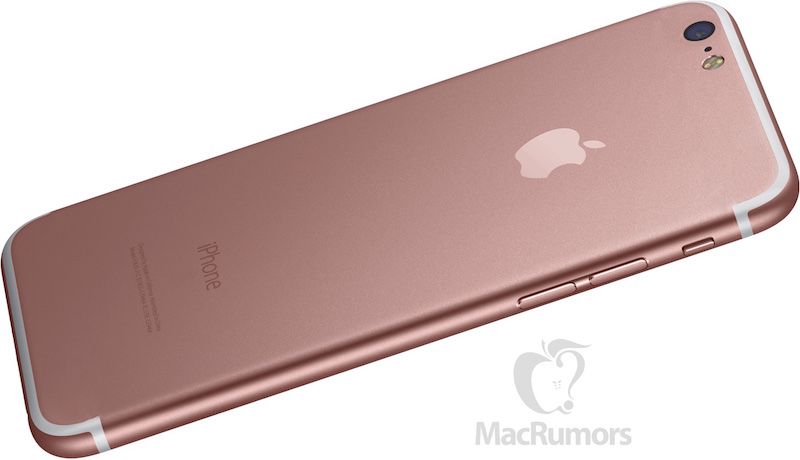 The other significant change with the body of the iPhone 7 is the removal of antenna bands across the rear, allowing for a cleaner all-metal look on the back. Antenna bands at the sides and around the top and bottom edges are said to remain, however.

Our source has been unable to confirm whether the device as a whole will be thinner than the iPhone 6 and 6s, although any thickness reductions would be expected to be slight, and many users (particularly those who use their devices without cases) will likely find the flush rear camera to be a significant improvement even if other dimensions remain the same.

Hexiii
No redesign? But but but, I want everybody to know I have the new iPhone...
Rating: 52 Votes

Number-Six
Does the protruding camera really bother that many people? I mean I guess I'm not bothered by it because my phone is always in a case, but still

I use my phone naked, and I never once have thought, "damn that protruding lens"!


Hopefully not in public. You would be arrested, especially with anything protruding.
Rating: 16 Votes

Why did the render in the article remove just two of the antenna lines, and not all of them?


The other significant change with the body of the iPhone 7 is the removal of antenna bands across the rear, allowing for a cleaner all-metal look on the back. Antenna bands at the sides and around the top and bottom edges are said to remain, however.
Rating: 16 Votes

I'm hoping for a much thinner, lighter iPhone. Each new iPhone should be as thin as possible, and I don't care about reducing internal battery life for thinness now we have cases that take care of the problem.

AppleMark
1. Camera was never an issue as it never comes out of it's case.

2. Antenna bands were never an issue as it never comes out of it's case

3. If this is the extent of the exterior redesign then they had better make iPhone 7 also come with 3 wishes, or I am keeping my iPhone 6 until iPhone 8.
Rating: 15 Votes

Eorlas
The photoshop work on this isn't too great =/